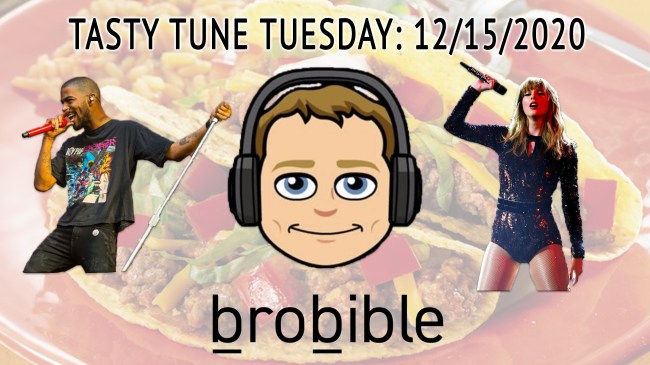 After a weekend of dissecting the week’s new music, it’s time for another edition of Tasty Tune Tuesday! On the third day of every week, I’ll drop ten songs that tickle my eardrums. Variety of tracks will range from hip hop/rap, EDM, country, singer/songwriter, Americana, R&B and everything in between— something for everyone depending on what I’m jamming that week.

There was a lot of new music last Friday and this week represents that notion with proper representation across the board. Here’s the tracklist:

Cudder is back and it feels so right. Man on the Moon III has been in the works for a long time and the man who goes dumb with the hums seems to have found the passion and headspace to finish it up. That’s great news. After a short intro, he sets the ton for the album with Tequila Shots. It’s probably the biggest hit on the record and tackles the difficult topic of a battle with anxiety and depression, telling us that he has been able to find happiness. We’re happy for him too.

When Carter Faith blows up, remember this moment and this song right here. Mark it.

Sturg dropped Grass Cuttin’ Music Vol. 2 at midnight on Friday and it was a great surprise to wake up to! Vol. 1 has my heart, but he slows it down a little bit more on Vol. 2 and there isn’t a bad track on the album. This one gives the best of both worlds, with the bluegrass equivalent of a Sicko Mode beat drop in the middle. Sierra Hall rips on the mandolin as is per usual.

Admittedly, there are people who like Jack Harlow way more than I do. Don’t get me wrong, What’s Poppin’ slaps and he has a few bangers, but I’m not chomping at the bit for the next hit to drop. With that being said, his new album has a few hits and this one is my favorite. Adam Levine can be super corny as a featured artist but he doesn’t try to do too much here. It’s a good flow, and I’m a sucker for gospel vocals. The producer tag at the end is worth the price of admission alone.

TSwizzle is a talent unlike we will ever see again. She graced us with her second pop acoustic, indie, folk, singer/songwriter (whatever category you deem fitting) album of the year and it’s very good. It doesn’t reach the standard set by folklore. The title track on this one is my favorite and Bon Iver is the best.

The Avalanches have graced this list before. Producers and DJs, they team up with the always-amazing Leon Bridges here. Release your mind off to space and good luck coming back down.

DO YOU UNDERSTAND HOW MUCH I LOVE BRASS YET? Leah has vocals that are equally as sultry as they are powerful.

Mr. Solo Dolo deserves two tunes. On this flashback, he goes back in time in two ways. Cudi reunites with Evan Mast of Ratatat for a sense of nostalgia and retells the struggles of his childhood after his father passed away.

I’d imagine you can guess what I was up to when this one resurfaced on my playlists. It goes just as hard.