Tasty Tune Tuesday 2/9: The Twelfth Edition Will Massage Your Mentals 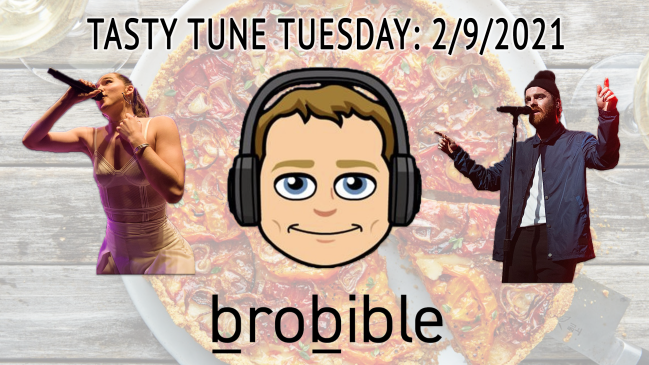 Everybody could use a feel-good playlist during this time of year. That’s why we’re back with a solid collection of warm vibrations! On the third day of every week, I’ll drop ten songs that tickle my eardrums. Variety of tracks will range from hip hop/rap, EDM, country, singer/songwriter, Americana, R&B and everything in between— something for everyone depending on what I’m jamming that week.

These 10 songs are nothing super out of the ordinary, but they’re each unique in their own right. Here’s the tracklist:

Track No. 1: Anybody Out There – Young Mister

Young Mister is songwriter Steven Fiore alongside an accompanying band of musicians from across the Southeast. They encompass the ethos of Americana while retaining a distinct, soulful sound with an indie twist. This song is both sad and breezy, perfect for driving down the coast of California.

Track No. 2: The Ceiling – The Wild Feathers

A heavy, swinging-for-the-bleachers slice of Americana with a diverse mix of musical styles and killer multi-part harmonies.

The song title is pretty on the nose here.

Track No. 4: I Can Help – Charley Crockett

I saw a tweet the other day that said something along the lines of “stop crying over Morgan Wallen being cancelled. Listen to Charley Crockett and grow up.” I like Morgan Wallen, but it made me laugh. Crockett’s newest single is delightful.

Audio dub is reggae at their core with cross-genre influences that take them to the next level of musicality. It’s Never Enough is just complex enough to reach beyond the baseline of steel drums and bouncy beats, but it doesn’t stray too far from its roots.

I love everything about this song.

Track No. 7: Across The Room – ODESZA, Leon Bridges

Leon Bridges has the most lovely vocals. He joined forces with one of the best electronic duos in the game and they crushed it here. It’s a pretty magical mix of the two very different artists that will massage your ear drums after a long day.

What Elli Ingram brings to the table is a mix of R&B, jazz, gospel and hip hop. It’s a perfect combination for her vocal inflections and languid, late-night supperclub soul.

push baby’s story is super interesting. They were signed with Scooter Braun (the man behind Justin Bieber and Ariana Grande) as a group called Rixton, they were nominated for four Teen Choice Awards in 2014 and even opened for Ed Sheeran and Grande. For whatever reason, they fell off the face of the planet and reemerged as push baby. Their sounds is super different than anything else out there.