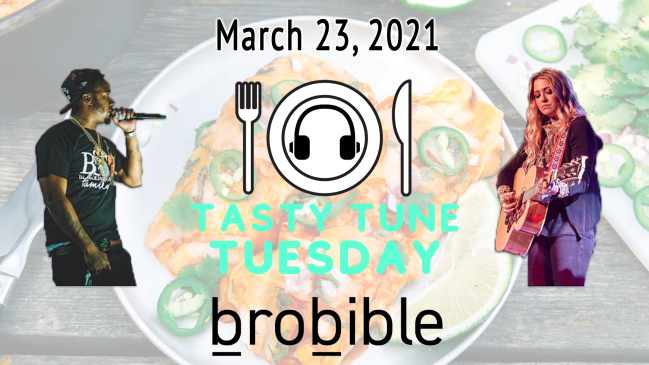 Another week has come and gone, which means its time for me to open your ears to some delightful ditties you need to know. On the third day of every week, I’ll drop ten songs that tickle my eardrums. Variety of tracks will range from hip hop/rap, EDM, country, singer/songwriter, Americana, R&B and everything in between— something for everyone depending on what I’m jamming that week.

This week’s collection is all over the place, but it’s grounded in the south. Here’s the tracklist:

Straight out of Baton Rouge, I was put on to Benjy and the Benjy Davis Project when I arrived down south for college and couldn’t get enough. I recently rediscovered the greatness of his raw, Louisiana-influenced folk-rock sound and I’ve been jamming this one heavy. Feel the trombone.

This is another name to mark down. Cummins isn’t big yet, but she definitely has what it takes to pop. She’s a local Nashville artist and the way she reimagines this Leon Bridges song is really special.

Track No. 4: The Distance — Gary LeVox

The lead singer for Rascal Flatts is going solo and my boy Matt McVaney wrote and produced his first single. Give it a listen!

I love everything about the Tones And I. From her vibes, to her tone. You probably know the Australian recording artist’s “Dance Monkey,” and you may have already heard this one. If you haven’t, let me be the first to introduce you. This will undoubtedly be one of my songs of the summer.

I’d like to think I’m ahead of the curve here too. Wade has a chance to have a spark catch and go crazy. She’s covered in tattoos and carries a gritty, don’t-take-shit-from-nobody voice and carries an authenticity into the new-school country music that genre severely lacks. Tyler Childers, Sturgill Simpson, Cody Jinks were able to do it on the male side of things, Wade is the female equivalent. Total rockstar.

Track No. 7: So Into You — Atlanta Rhythm Section

Atlanta Rhythm Section is often considered the more radio-friendly version of Lynyrd Skynyrd or the Allman Brothers. 70s Southern Rock at its finest.

Perfect for when you’re needing so much space that only a rocket ship can reach you, Phoebe Bridgers has a dreamy, acoustic voice that stands alone in music. She’s lovely.

Got drunk this weekend (sick!!!) and for whatever reason, I couldn’t stop singing this one… I AM A LINEMAN FOR THE COUNTY

Track No. 10: When Tony Met Sosa — Benny The Butcher

One week after Benny The Butcher made his first appearance (I think) on this list, he dropped a new album that I didn’t know was coming. This song kicks things off and it’s my favorite— though the one with 2 Chainz will be the most popular.