Tasty Tune Tuesday 11/10: An Introduction To The Weekly Playlist You’ve Been Missing 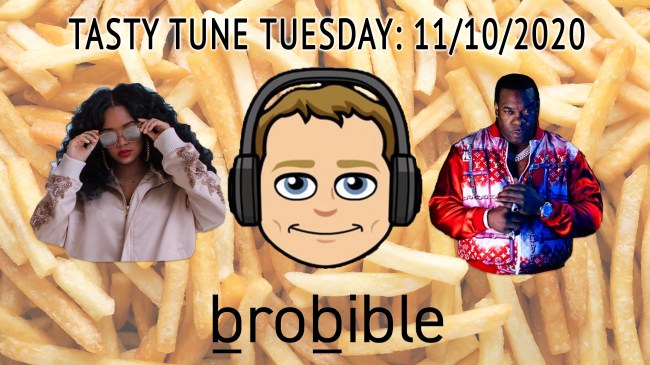 Hello everyone, welcome to the first edition of Tasty Tune Tuesday! My name is Grayson Weir and I’ll be your guide. On the third day of every week, I’ll drop ten songs that tickle my eardrums. Variety of tracks will range from hip hop/rap, EDM, country, singer/songwriter, Americana, R&B and everything in between— something for everyone depending on what I’m jamming that week.

We kick off this series with a good mix of mostly new music. Here’s the tracklist:

Track No. 1: Look Over Your Shoulder – Busta Rhymes, Kendrick Lamar

“Yeah, I know, it’s been a minute,” Busta says to open the track. He’s BIG back and joins forces with one two of the greatest to ever do it. Kendrick Lamar is featured on the song and lays down a stellar opening verse, and the sample features a Jackson 5-era Michael Jackson on I’ll Be There. Rhymes comes in with his classic flow on the back half to crush it out of the park.

Morray is up-and-coming in the rap scene and dropped his first Spotify single last week. The North Carolina native signed to J. Cole’s record label earlier this year and brings a smooth, lyrical sing rap to a bouncy beat. He talks about staying out of trouble and how he’s creative found ways to make money since he was a little kid on ‘Quicksand.’

As is per usual, H.E.R. crushes the vocals on her most recent single. Let her wash away your worries.

Soft female vocals, a groovy beat and a melodic hum make this one go.

After leaving his record label in February, Sturgill Simpson went back to his roots with Cuttin’ Grass Vol. 1: The Butcher Shoppe Sessions. The album features 20 songs, including bluegrass versions of songs from his first three albums, as well as some from his mid-2000s jam band. I Don’t Mind is one of the slower tunes on the album and strips down his vocals for a ballad. It also carries a sweet mandolin solo.

Moon Taxi is one of my favorite groups of all time, so pretty much they release a song, it will be on the list. This one in particular teams up with country music artist Jimmie Allen for a singalong.

Another thing that you’ll grow to learn is that I’m a big proponent of reggaeton/latin pop. Maluma is among the top artists in his sphere and joins forces with The Weeknd for this spanglish banger.

Rapper Camp Lo takes the lead over The Avalanches’ beat and brings a little bit of old school to the new school. I am also a firm believer that the more brass section, the better.

Turn up your headphones and enjoy! See you next week.