Taylor Swift Is Mad At Netflix For A ‘Lazy, Deeply Sexist Joke’ At Her Expense 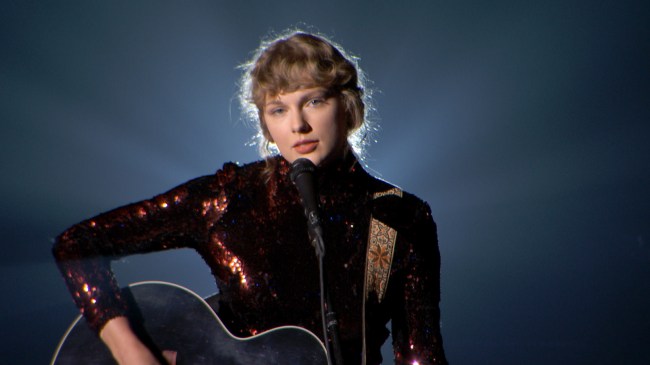 Taylor Swift took issue with a joke from the Netflix show Ginny and Georgia today, and it has caused quite a stir:

Hey Ginny & Georgia, 2010 called and it wants its lazy, deeply sexist joke back. How about we stop degrading hard working women by defining this horse shit as FuNnY. Also, @netflix after Miss Americana this outfit doesn’t look cute on you 💔 Happy Women’s History Month I guess pic.twitter.com/2X0jEOXIWp

“What do you care? You go through men faster than Taylor Swift.”

There it is. That’s all it took to catch the ire of one of the biggest stars on the planet. Next thing you know, Taylor is ringing the war bell for her 232 MILLION followers across IG and Twitter. You know what happens next…

THESE will what you get when you DISRESPECT @taylorswift13 and MESS with her fans. Now, back off ‼️😂 @netflix 🤢

Admittedly, the joke is lazy. Versions of that joke have been recycled more often than Nike reissues retro Jordans. It almost feels like a dad joke at this point. It’s the sort of thing Gen Z might mock millennials for, similar to the cry-laughing emoji and the side part (FWIW, huge fan of the side part. If that makes me, old so be it.)

But “deeply sexist”? That seems harsh, but what do I know; I’m not a woman so my opinion isn’t worth diddly on this. Still, them’s fightin’ words, Taylor.

As usual, context is key. Typically when someone says that a woman has “gone through men,” there’s a slut-shaming element to it. But Taylor Swift HAS dated a lot of high-profile men, and as I understand it, the joke is usually more about how she then writes a KILLER album full of breakup songs about said men. Where most people bury their heartache in a pint of chunky monkey, Taylor channels her generational talent and rakes in tens of millions by making heartache her muse. Another Taylor Swift breakup means we’re going to hear about it, for months, as it tops the charts and reminds us how great she is.

It’s a spin, for sure. And maybe I’ve painted it through rose-colored lenses. But I feel that a joke about Taylor Swift, specifically, going through men has a different subtext than the same joke about a different woman. What’s more, this joke comes from a show created by a woman (Sarah Lampert) starring women (Brianna Howey and Antonia Gentry) with a predominantly-female writing staff. Which isn’t to say that women aren’t capable of making sexist jokes about other women, obviously. But all of this puts the joke more in the “lazy” category than the “deeply sexist” bucket.

Again, what do I know.

Swifties are reacting… swiftly. Lots of outrage on Taylor’s behalf, which brings up my next thought: is Taylor going to reach that Beyonce-level of off-limits-ness? The Beyhive is one of the most terrifying forces on the planet when marshaled for online warfare, and everyone knows you NEVER take shots at the Queen Bey. Depending on how Netflix responds to this, we’ll probably have an answer soon.

Let this serve as a gentle reminder that Taylor Swift’s dating history is NOT fair game for mother-daughter buddy comedies. Be better, people.