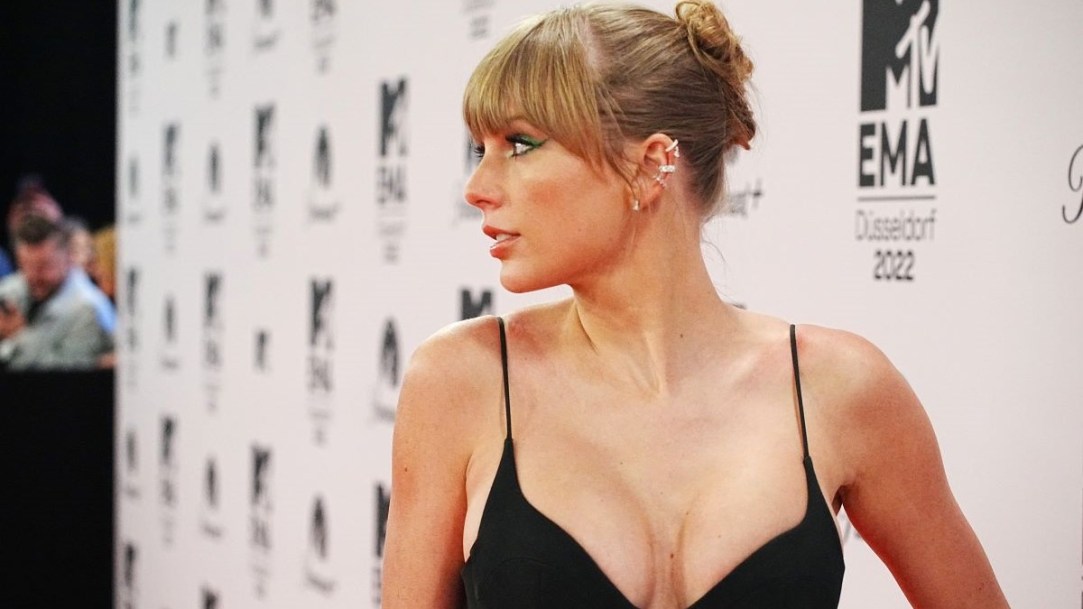 You know that disturbance in the force you felt all week? That was the billions of Taylor Swift fans seething with anger. A fury matching the intensity of a thousand burning suns. All because Ticketmaster once against boned hard-working fans out of the chance to see their idols on stage.

The Taylor Swift Ticketmaster disaster isn’t the first time the ticketing conglomerate has evoked the wrath of fired-up fans. And it won’t be the last time they piss off millions. But this time certainly feels different. Swifties have sworn to wage war against Ticketmaster after millions were unable to secure tickets to The Eras Tour.

Taylor Swift herself issued a statement on the Ticketmaster fiasco. Perhaps she felt the need to intervene before Swifties went January 6th all over box offices. Or maybe she’s seeking to prevent a third World War as her fans have declared war on Ticketmaster. But her statement appears to have done nothing but stoke her fans into a frenzy once more:

“Well. It goes without saying that I’m extremely protective of my fans. We’ve been doing this for decades together and over the years, I’ve brought so many elements of my career in house. I’ve done this SPECIFICALLY to improve the quality of my fans’ experience by doing it myself with my team who care as much about my fans as I do. It’s really difficult for me to trust an outside entity with these relationships and loyalties, and excruciating for me to just watch mistakes happen with no recourse.”

“There are a multitude of reasons why people had such a hard time trying to get tickets and I’m trying to figure out how this situation can be improved moving forward. I’m not going to make excuses for anyone because we asked them, multiple times, if they could handle this kind of demand and we were assured they could. It’s truly amazing that 2.4 million people got tickets, but it really pisses me off that a lot of them feel like they went through several bear attacks to get them.”

“And to those who didn’t get tickets, all I can say is that my hope is to provide more opportunities for us to all get together and sing these songs. Thank you for wanting to be there. You have no idea how much that means.” 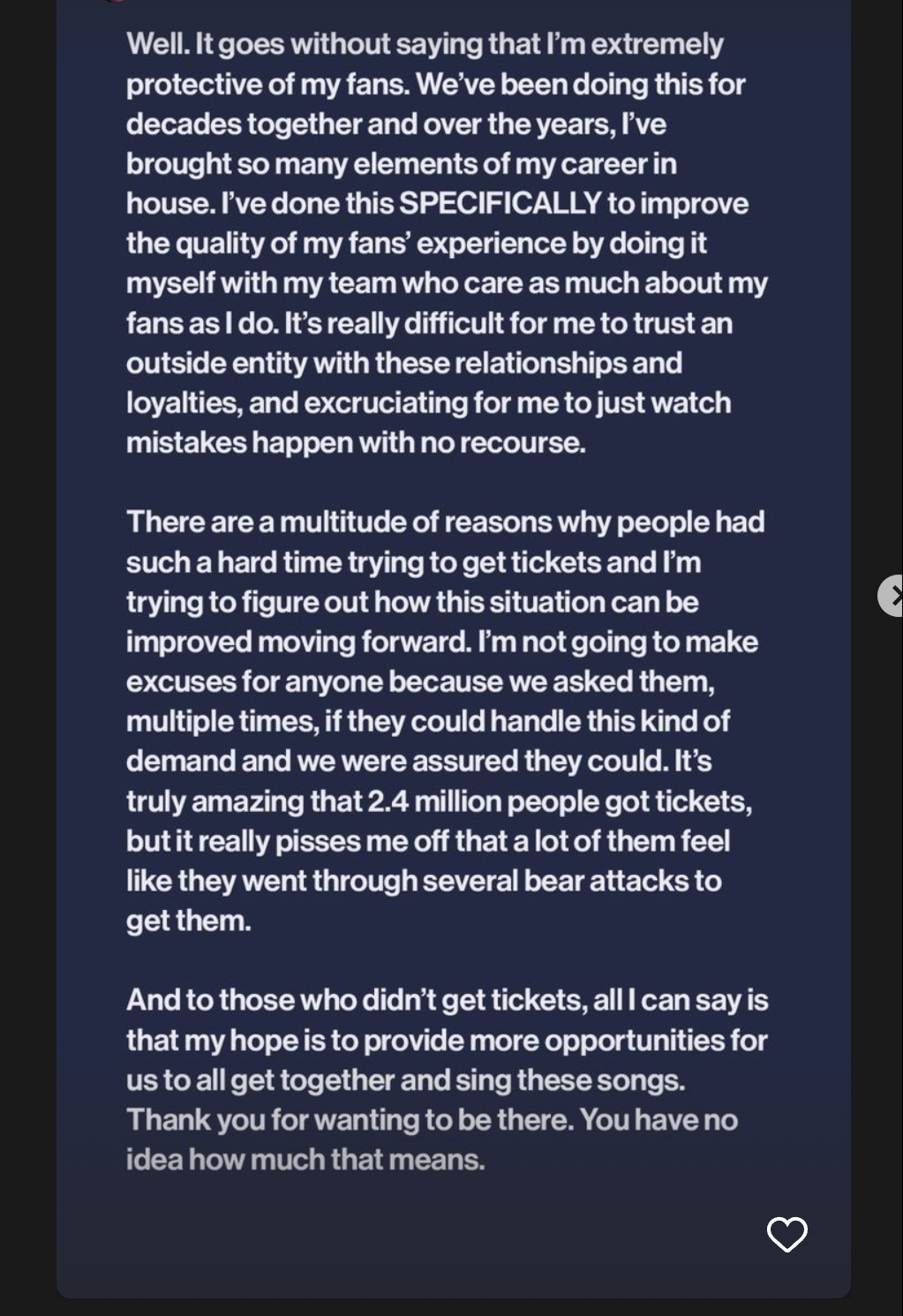 Let’s take a look at how Swifties are reacting to the Taylor Swift Ticketmaster statement:

anyone who blamed her please return your ticket!

This is true. The hate is undeserved. She was forced to work within the system that exists:

She don’t deserve the hate coming from her own fans 😢

Taylor Swift could become the majority shareholder of Ticketmaster if she really wanted to. Just sayin’

you talk like she owns ticketmaster and she can do that😭

This feels ripe for a Beyonce comment but I’ll hold back:

"we asked multiple times, if they could handle this kind of demand, and we were assured they could"

Anyone thinking about ‘refunds’ is living in la la land:

Maybe because the tour is not cancelled? Why would she refund money if it's outsold and ongoing

she’s clearly trying to do something but what do you expect her to do right this second??? she can’t just dismantle ticketmaster

The most logical outcome in all of this is a second tour. It won’t actually solve the problems at hand. Mostly because the people who got tickets to this tour will still try and get tickets to the next tour.

It seems likely Taylor Swift will tour again. It will probably be sold to fans as ‘another opportunity’ for tickets. Everyone will still be mad again next year. The end.