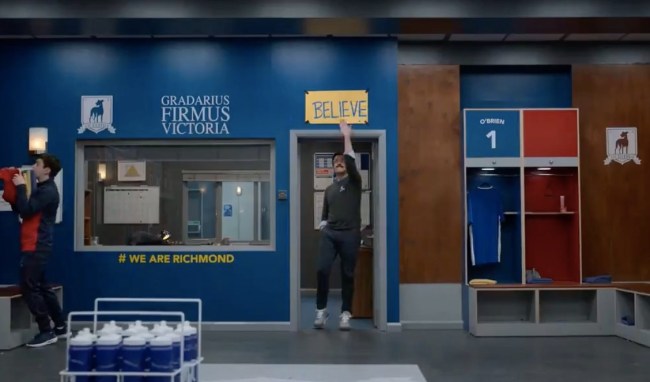 If I could, I’d binge the entire second season of Ted Lasso right this second. Send a quick Slack message to my boss, tell him that I ain’t feelin’ so hot, and just face-first into the glorious warm bath of kindness that is Ted Lasso. Maybe I’d even use a quote from Ted Lasso himself to rationalize it. In fact, allow me to squeeze in one of my favorite quotes from season two, just for the hell of it:

“Sounds to me like someone’s trapped inside life’s most complicated shape. A love triangle. Second place of course is the ‘I just walked in on my mother-in-law changing into her swimsuit dodecahedron.’”

This joke almost killed me. pic.twitter.com/lU87OU60k7

We’re now just about a month away from Ted Lasso’s season two release date on July 23 which means the marketing push is now officially underway as the first trailer for the upcoming batch of episodes has finally hit the internet:

Season two of Ted Lasso will premiere on AppleTV+ on July 23. All ten episodes of season one are also currently available to stream exclusively on AppleTV+.