Here’s The New Mindbending Trailer For ‘TENET’, Which Is Still Scheduled To Hit Theaters On July 17 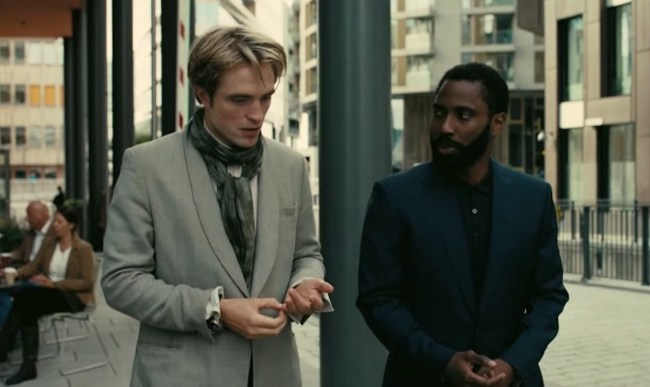 While essentially every movie set to be released in the next six months tucked tail and rescheduled their release date, Warner Bros. and Christopher Nolan held firm with their plans to release TENET on July 17 and it looks as though that gamble is going to pay off, as it seems like movie theaters across the globe will be able to open, in some capacity, by that date.

With that hopeful release date now less than two months away, the studio has released yet another mind-bending trailer for the film that certainly continues to build up the hype of what looks like Christopher Nolan’s most ambitious film yet (which is something that the acclaimed director said himself). But perhaps more importantly, the newest trailer is finally giving fans an idea of what the hell to expect.

According to Robert Pattinson, despite what the trailers may have audiences believing, TENET actually *does not* involve time travel. That doesn’t mean the movie isn’t an absolute brain-melter, though, as even Pattinson himself had difficulty describing the nature of the film in his recent GQ profile.

In addition to Pattinson and John David Washington, TENET also stars Elizabeth Debicki, Aaron Taylor-Johnson, Michael Caine, Kenneth Branagh, Clémence Poésy, and Dimple Kapadia. You can also check out the first trailer for the film below.