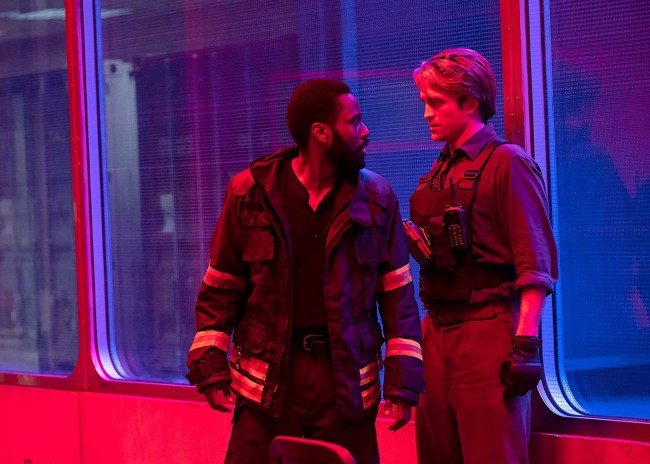 Fast and Furious 9. No Time To Die. Black Widow. A Quiet Place Part II. Mulan. Jungle Cruise. Wonder Woman 1984. You know what all of these movies have in common? They’re Blockbusters that were supposed to hit theaters this summer but have since been delayed due to our current global situation. However, as crushing as that list of delayed movies may be, there’s one massive Blockbuster that’s holding its ground, remaining hopefully committed to its summer release date: and that’s Christopher Nolan’s Tenet.

According to reports, director Christopher Nolan is remaining to committed to the previous July 17 release date of Tenet as long as theaters are open. Perhaps most importantly, the studio behind the film, Warner Bros., currently backs his stance.

“We are committed to — and are excited about — releasing Tenet in theaters this summer or whenever theaters reopen. We remain supportive of the theatrical experience and our exhibition partners, and are confident that our tentpole titles, including Tenet and Wonder Woman 1984, are exactly the type of films that will have people eager to return to theaters,” Warner Bros. CEO Ann Sarnoff said in a statement to The Hollywood Reporter.

Nolan is one of Hollywood’s biggest supporters of movie theaters, so their survival is likely playing into his decision. With all major blockbusters already pushed back, what would movie theaters be able to even show if they were allowed to re-open by mid-July? With a Nolan event film on the schedule, Tenet could be the much-needed adrenaline shot that the industry will need. Plus, they could always decide to push the film back in June if they really needed to — there’s no reason to pull the trigger now. Obviously, though, all of this is dependent on our number one priority right now: safety.