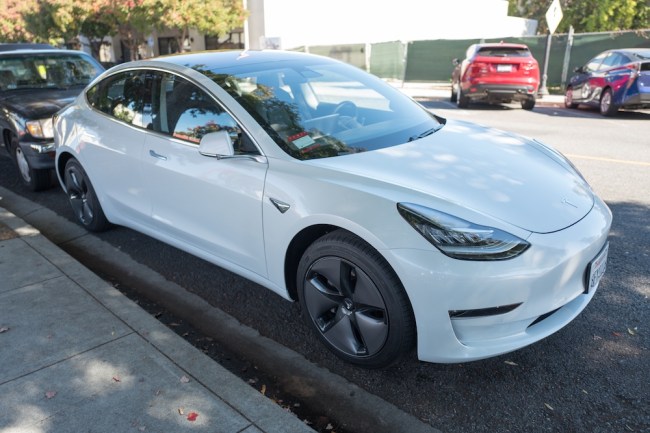 I don’t think the world is ready – or responsible enough – for the autopilot feature in cars. A Tesla driver in North Carolina is proving my point after he slammed into a stopped police car.

The Raleigh News and Observer reported that Dr. Devainder Goli crashed into a Nash County Sheriff’s Office deputy’s vehicle – which then struck a state trooper’s car – and Goli had the car in autopilot when the collision occurred. The officers were responding to an earlier crash on the side of the highway.

It was determined by police that Goli, a doctor at Halifax Regional Medical Center, was watching a movie right before the accident.

The news outlet reported no one was injured in the crash but two of the vehicles were totaled.

Nash County Sheriff Keith Stone told news station WRAL, “Luckily, the state trooper pushed our deputy out of the way when he heard the tires squall and in an instant, we could have lost a life or several lives. It could have been very horrific.”

Goli was charged with violating the move-over law and viewing a device while driving.

I understand the autopilot is a fun feature and, after a while, a driver probably just starts to trust the car knows what it’s doing but you’ve still gotta pay attention. If a driver wants to check Twitter, fire off an email, or do a couple of quick tasks while still keeping one eye on the door, that’s fair.

Tesla drivers can’t binge-watch Netflix or hunker down for a movie while a car is in motion.

But, I guess it’s better than being dead asleep behind the wheel.

Is Running Every Day Bad For You?