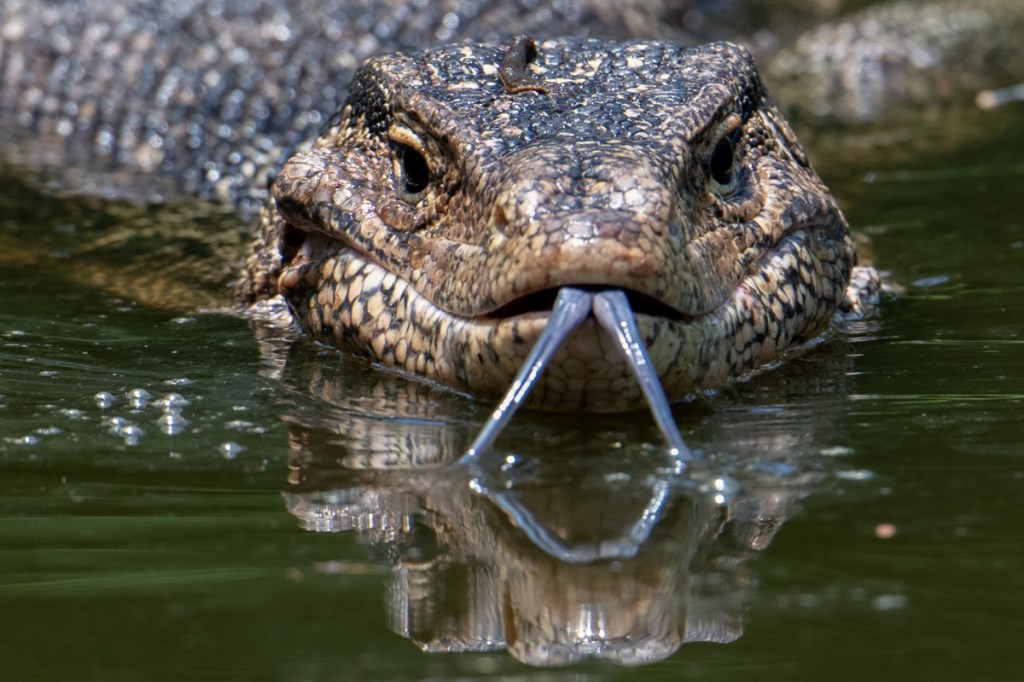 Maybe these toddler-sized monitor lizards are commonplace in Thailand but seeing a 6-foot lizard that can weigh up to 110 pounds is NOT something we’re accustomed to here in the United States. Thailand’s water monitor lizards are relatively common there and they can grow up to 6.5 feet which seems about the size of the one in this video demolishing a store.

While these lizards aren’t exactly rare in Thailand, nobody expects to see one scaling the shelves of a 7-Eleven and emptying the shelves while causing mayhem. They’re often confused as crocodiles because they swim so fast and grow so large and because they’re carnivores who feast on flesh. Almost all of the literature out there about these lizards is like “ohhhhh, don’t worry, they’re fiiiinnnnneee” and then talks about how can grow up to 110-pounds, have big claws, razor sharp teeth, and can inflict injuries prone to infection.

Here’s one channeling its inner Godzilla to destroy a 7-Eleven:

#WatchVideo| A video going viral online shows that a giant monitor lizard in a supermarket in #Thailand is knocking down products and sparking chaos at a supermarket. The hair-raising footage was shared on a microblogging site by Thai travel agency Mundo Nomada. pic.twitter.com/yQBXUG64I1

Imagine rounding the corner to pick up some Bud Diesel and seeing that thing standing there staring you down. I’m not the type of guy who is easily spooked by wildlife but that’s a living dinosaur and it was trapped in that corner which means it would’ve been likely to fight its way out. I want none of that smoke.

These lizards are considered scavengers in Thailand and apparently, their name is used as an insult by many while some believe that it’s great luck if one enters your home. Going deeper, some think you can double your luck if you throw coins at the lizard if it enters your home.