The 10 Greatest Superhero Movies Of All-Time 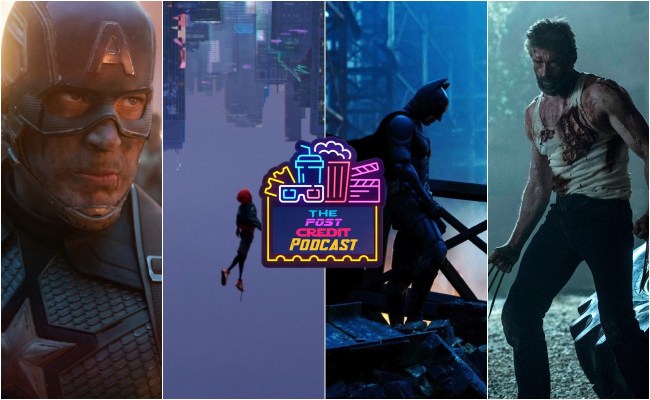 Editor’s Note: both the episode and the Russo Bros interview were taped prior to the passing of Chadwick Boseman. In his memory, we’ve donated to the Colon Cancer Coalition.

HUGE episode of The Post-Credit Podcast this week, as Brandon and Eric embrace Fantasy Football season (I had my actual fantasy football draft last night and I snagged Christian McCaffrey with the #1 pick, no big deal) and draft their Top 5 Superhero Movies of All-Time before interviewing Joe and Anthony Russo, the directors of these little superhero movies — maybe you’ve heard of them — called Captain America: The Winter Soldier, Captain America: Civil War, Avengers: Infinity War, and Avengers: Endgame.

To be clear, these are the best SUPERHERO movies of all-time, not just comic book movies, therefore allowing the inclusion of films like The Matrix or The Incredibles.

Now, what’re the criteria for what counts as the “best” superhero movies? Simple, really, as criteria for “best” could include: critical acclaim, box office success, influence on the genre, variety among top 5, cultural impact, etc.

As you can imagine, as is the case with most fantasy drafts, the first overall pick was as chalk as it comes, as I took the Christopher Nolan masterpiece The Dark Knight with the top selection. From there, though, the draft predictably delves into chaos.

Then, following the draft (and Eric’s subsequent domination of Brandon in said draft), we chat with The Russo Brothers. From the making of Extraction and the Infinity Saga, to taking inspiration from other directors, from the Avengers story that could bring them back to the MCU to reheating pizza, we got into it all with the minds behind the highest-grossing movie in the history of the medium.