The Dude Still Abides: ‘The Big Lebowski’ Is Returning To Theaters And I’m Having A White Russian To Celebrate 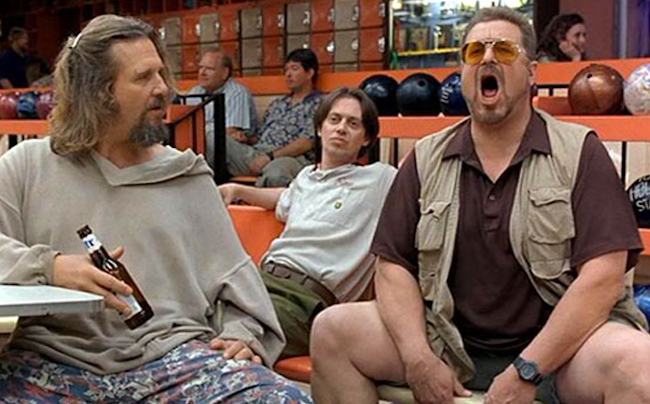 In 1998, the Cohen Brothers unleashed The Big Lebowski on an unsuspecting world and confused critics and viewers alike with a genre-bending tale about a laidback Dude who unwittingly finds himself in the middle of a bizarre caper featuring a rug, a severed toe, and a stolen Creedance cassette tape. Viewers were initially out of their element, but after a very thorough examination, most people eventually realized what a cinematic class it truly is (and proud we are of all of them).

Traditionally, the best way to watch The Big Lebowski is to make yourself a White Russian, smoke a roach in the bathtub, and hope a group of nihilists doesn’t ruin the experience by bursting into your place and unleashing a marmot on you. However, you’ll now have a chance to experience the movie in a slightly different way now that it’s coming back to theaters for the first time in 20 years.

According to Forbes, fans of the film will be able to don their finest bathrobe on two nights in August when the movie will be playing across the country thanks to Fathom Events. It’s unclear if the theaters who are showing the film will be offering Sioux City Sasparilla to moviegoers but they’d be missing out on an absolutely fantastic opportunity if they don’t.

The showings will take place on August 5 and 8, and as someone who attended a similar event to get to truly experience the magic of the fantastically terrible The Room, I highly suggest you take the opportunity to experience a showing surrounded by a hundred other people who love a movie as much as you do.