The Big Show Is Bringing Back The Sitcom On Netflix 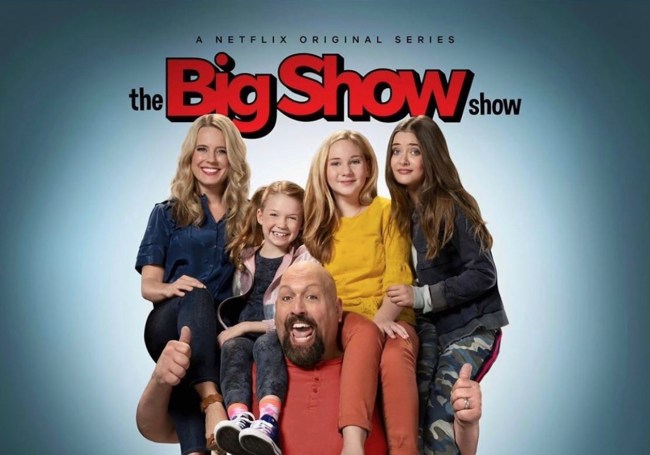 And just like that, out of left field comes The Big Show to make your miserable quarantine lives not nearly as miserable.

Leave it to The Big Show to drop a hammer on us all with his new Netflix show called The Big Show Show. It’s a family sitcom about the WWE superstar taking a break from hammer fists and face busters in the ring to raising his kids in a suburban neighborhood with his wife. A wife and kids that he not so shockingly happens to be about two feet taller than.

Something about The Big Show coming onto my living room TV just makes this crazy world we are living in right now seem not so crazy. God forbid I ever came down with the flu, there is nobody I would want to battle it out with more than this man. I can so easily get behind a guy that could just knock somebody’s lights out in the ring, and then come home and go full dad mode with the wife and kids. I can only imagine that the WWE world is over the moon about this and locked into the show as we speak.

I would be a fool to not run the possibility through my head of Hulk Hogan or The Undertaker coming out of nowhere and making a cameo on the show. Can you imagine a family BBQ where all 6-foot-10 and 300 lbs of The Undertaker just comes storming onto the patio to tell you he wants cheese on his burger before it’s too late? Constant thoughts of cameos and different “what if’s” have been ravaging through my head as I am watching this, which for me is worth the price of admission in itself.

I have to tip my cap to Netflix on this one for green-lighting a show and a man that we all can count on during these tough times, the peoples’ champ, The Big Show. Go ahead and stream The Big Show Show on Netflix today.