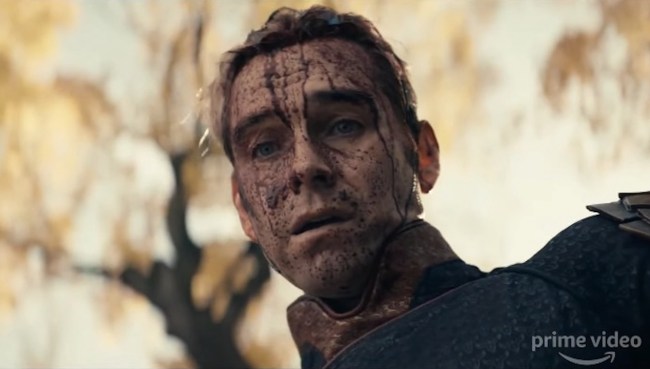 One of the biggest television surprises of the year was the deranged Amazon Prime Video superhero series The Boys, which — in this golden age of superhero content — found a way to say something relatively new about the genre.

A series in which the flashy, beloved, cape-wearing superheroes are actually the bad guys, The Boys taps into a side of comic books that you rarely see from the likes of Marvel and DC: what if one of these beings decided that they not only wanted to be evil but that they wanted to hide it under the guise of bravery? It’s a legitimate scary prospect and The Boys did a fantastic job of imagining what — and specifically, how gonzo — that world would look like.

While the first season only premiered in July, Amazon must have known they had a hit on their hands, as a second season was immediately greenlit and shot before the end of the year. And because of that rapid production, we now have our first trailer for the second season of the chaotic comic book show.