The Brilliantly Dumb Show Steps Foot Into The Vlogging World 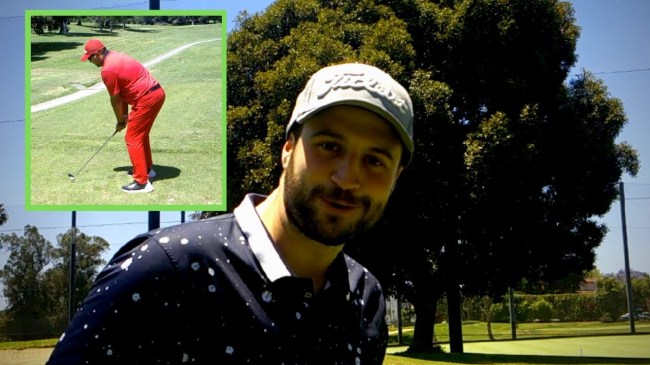 Are people still using the word ‘vlog’? I really don’t know, all I know is that after numerous requests to see what a day on the golf course would look like with the international carpool it was time we joined the vlog world. The international carpool is made up of my four best friends from Los Angeles and we all met working at The Four Seasons Hotel.

Das Rob – The most polite, most German guy in the world, from the heart of Germany of course.

The Big Maple- A heavy drinker who can put down a 12 pack in a round of golf with ease, from Toronto, Canada (hence the Jose Bautista jersey he wears during every round).

Bobby Fairways- A nickname we gave myself simply because I can never hit a fairway. A Jewish guy from the Sopranos part of New Jersey.

Joey Cold Cuts- An Italian, Johnny Drama type character who for some reason grew up in Vancouver rather than Florence, Italy.

Prior to each golf round, Joey Cold Cut does us all the courtesy of organizing pick up times for our carpool and comes and scoops us as we make our way to the course. It is a tradition that we have had since I came to Los Angeles two years ago and one that we plan to continue for a long time to come.

Four friends who come to the course with the sole intention of not playing like shit, and also having a damn good time. We figured it was time to take any viewers and fans of the show on that ride with us for our new vlog series. As always, we appreciate the support and hope you folks enjoy the show. Be sure to subscribe to The Brilliantly Dumb Show on YouTube to follow along with vlog after vlog.