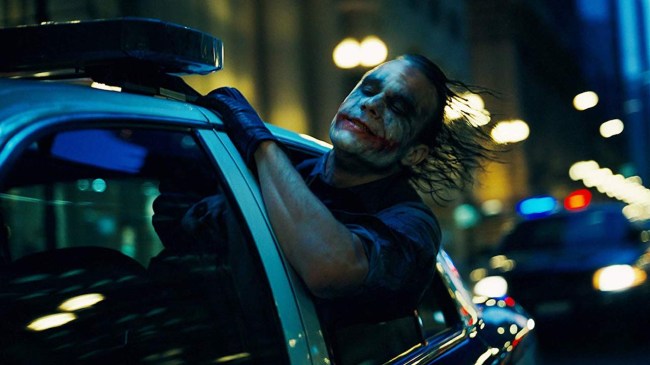 One of the biggest L’s I’ve taken recently, for example, was my disdain for Todd Phillips’ Joker when the project was first announced. At the time, I argued that making an origin story about a character that’s so famously originless, that even Batman himself can’t figure out who the hell the guy is, was a betrayal of the character’s very essence.

“What makes Joker so everlasting, so legendary, is his opaqueness, his mystery. It’s his lack of identity that poses the most threatening existential question to Bruce Wayne’s life-defining crusade: can evil ever be stopped if anybody and everybody has it inside of them?” I wrote.

Simply put, regardless of the prestige involved with the film — Todd Phillips, Joaquin Phoenix, Robert De Niro, Marc Maron, and Frances Conroy is an undisputed murder’s row of talent — it’s very existence betrays the fundamental idea of Joker: that this is a “man” so evil, so lost in insanity, so off-the-moral-grid, that even Batman himself — the world’s greatest detective — can’t figure out who that man is.

It goes without saying that, in hindsight, I was quite wrong: Joker, which was beloved by both critics and general movie-going audiences, went on to become the highest-grossing R-rated movie of all-time, and also brought Joaquin Phoenix a long-awaited Academy Award. Still, while Phillips may have miraculously pulled the project off, that doesn’t mean I necessarily agree with the vision: to me, Joker is meant to, now and always, be originless.

Apparently, though, Warner Bros. didn’t necessarily always understand that, as David Goyer — one of the screenwriters of The Dark Knight — recently revealed that the studio wanted to give Heath Ledger’s iconic Joker an origin story.

During a Comic-Con@Home interview, The Dark Knight co-writer David S. Goyer revealed that Warner Bros. initially pushed for Joker to have an origin story. Goyer spoke about the elaborate villain origin stories usually seen in superhero movies and how they chose to go a different direction for the Joker. “I do remember when we were talking about, ‘Well, what if the Joker doesn’t really have an origin story?” said Goyer. “Even after the success of Batman Begins, that was considered a very controversial thing, and we got a lot of push-back. People were worried.” [via Screenrant]

Luckily, Warner Bros. ultimately went in the other direction, as they not only abstained from giving Joker an origin story, but they gave him multiple, as he famously tells three (well, two, but he begins a third at the end) different stories about how he got his facial scars.