Mark Your Calendars: We’re Hosting A Watch Party For Guy Ritchie’s ‘The Gentlemen’ On April 21 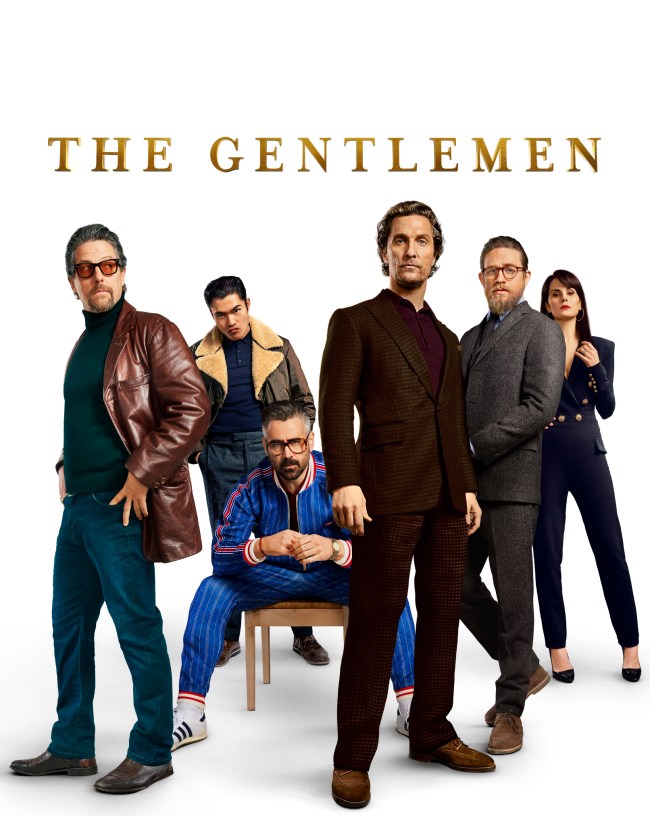 Presented in participation with Guy Ritchie’s The Gentlemen – Now On Demand, with the 4K UHD and Blu-ray™ available to own on April 21st

Folks, if you haven’t already watched Guy Ritchie’s The Gentlemen, you have no idea what you’re missing – After all, “a gentleman’s quote is a gentleman’s word.”

The Gentlemen — the perfect movie to watch as you crack open a couple of cold ones with the roommates — is out right now On-Demand, and available to own on Blu-ray next week, so there’s no excuse to not check it out from the safety of your couch while social distancing.

Tell me this isn’t an electric recipe for a badass action flick:

-It’s directed by Guy Ritchie — the auteur behind Snatch and Sherlock Holmes — who forever stylized the crime-comedy genre with a bold dash of cool.

-The Bro King himself, Matthew McConaughey, playing the part of Mickey Pearson, a self-made tycoon highly profitable marijuana empire in London looking to cash out and retire. He goes FULL McConaughey in this one and it’s epic.

-The cast is LOADED, as it includes the likes of Charlie Hunnam (Sons of Anarchy), Henry Golding (Crazy Rich Asians), an absolutely hilarious Colin Farrell (In Bruges, True Detective)  as “Coach”, and the always-enjoyable Hugh Grant (Bridget Jones’s Diary, Paddington 2) as a greedy private investigator who just wants to pursue his dream of writing screenplays.

-A group of billionaires from Oklahoma willing to take Pearson’s weed business off his hands so he can ride out on the sunset.

-It’s about weed! Lots and lots of weed!

-A sophisticated web of scheming and blackmail to undermine McConaughey.

To celebrate the release of The Gentlemen Blu-Ray on April 21st, our own Harvard man, Francis Ellis, will host an official watch party on Twitter. Make sure to follow along and join in on the convo by using the hashtag #GentlemenAtHome.

On Tuesday, April 21st at 8PM ET / 5PM PT, we’re throwing a Twitter watch-along. Grab the movie on your platform of choice and follow @FrancisEllis, @BroBible, and @TheGentlemen on Twitter. Follow along for a chance to win freebies, including copies of The Gentlemen on Blu-Ray.

Mark it on your calendars and be there.

There’s only one rule in the jungle: When the lion’s hungry, he eats. 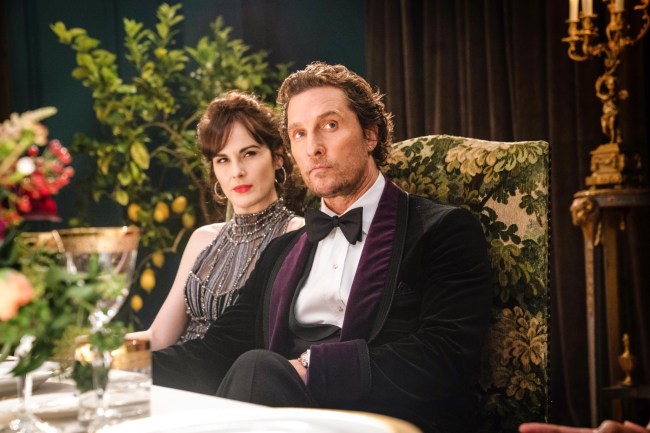