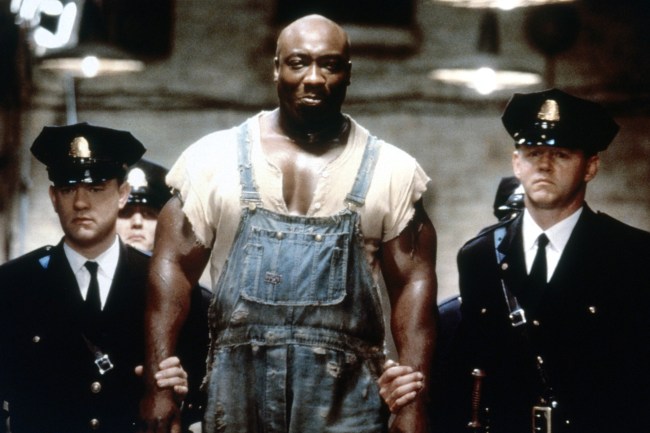 Earlier this week, I brought y’all the story of Tom Hanks making a conscious decision that ultimately changed the arc of his career: following a run of rom-coms and pure comedies in the 80s, Hanks eventually told his agent that he no longer wanted to “play pussies”, which ultimately led to his run of dramatic hits in the 90s that turned him into one of America’s truly great actors.

Hanks says the first film following their career change was the 1992 sports drama A League of Their Own, which was then followed by classics such as Philadelphia, Forrest Gump (roles that earned him back-to-back Best Actor wins), Apollo 13, Saving Private Ryan, The Green Mile, and Cast Away.

Of all those films, The Green Mile is arguably the least talked about, perhaps because it didn’t quite have the same long-lasting pop cultural impact that the others did. Nevertheless, The Green Mile is an excellent movie all the same. It was also, apparently, was almost a much different movie, as Shaq recently revealed that he was offered the pivotal role ultimately played the late Michael Clarke Duncan, which would’ve altered the entire DNA of the film.

“That was my role in Green Mile. I turned it down.” O’Neal said during an interview .

And by the way, if you haven’t seen The Green Mile yet, it’s currently streaming on HBO Max.

RELATED: Tom Hanks Reveals He Once Told His Agent He Doesn’t Want To Play ‘P–sies’ Anymore