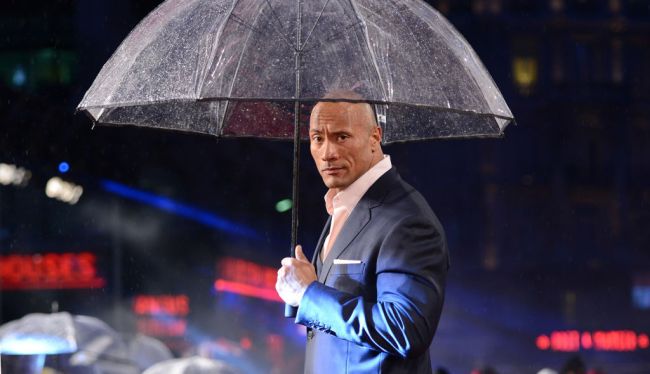 I’ve said it quite often on this website: I’ve been rooting for The Rock for as long as I can remember. Back when the WWE was called the WWF. Watching him lose the WWF title at Wrestlemania 17 due to the diabolical treachery of Stone Cold Steve Austin and Vince McMahon was one of the more traumatic moments of my childhood. Don’t even get me started on the Cage Match the following night on Raw, which back then was called RAW IS WAR. Different times. And like I said at the top of this paragraph, a long time, too. In fact, if memory serves me correctly, I believe I did my second-grade book report about his biography The Rock Says. But still, even I — a lifelong fan — find picturing The Rock as James Bond to be hilarious.

“Yes, my grandfather was a Bond villain in You Only Live Twice with Sean Connery. Very, very cool. I would like to follow in his footsteps and be the next Bond. I don’t want to be a villain. Gotta be Bond.” [via Esquire]

Truth be told, it has nothing to do with acting and everything to do with appearance: my man is 6’5″, 260 pounds. If he were to walk into a room full of bad guys, any villain worth their salt would likely think to themselves, “Well, that guy certainly looks like the hero.” James Bond is a SPY. Spies are meant to be sneaky. The Rock is about as subtle as a kick in the nuts. If I could choose an iconic role for him to take on, it’d be someone along the lines of John McLane or Dutch, not James Bond.

As for who the next James Bond will *actually* be, my best guess is Richard Madden or Henry Cavill.