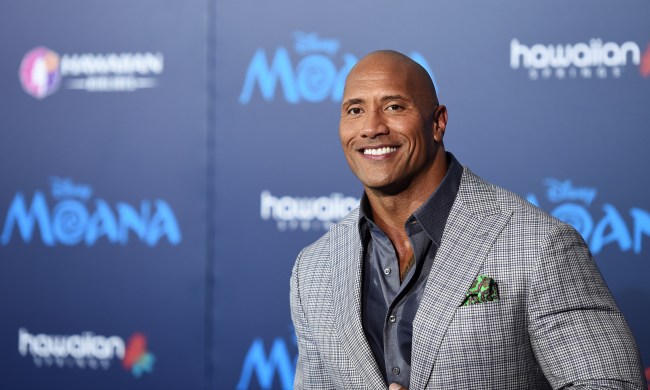 Could Dwyane ‘The Rock’ Johnson actually run for President one day?

Earlier this week a new poll from Piplsay revealed that at least 46 percent of Americans would support The Rock’s presidential campaign.

On Friday, The Rock reacted by hinting at a presidential run by saying it would be an honor to serve the people if he were ever elected as president.

Not sure our Founding Fathers ever envisioned a six-four, bald, tattooed, half-Black, half-Samoan, tequila drinking, pick up truck driving, fanny pack wearing guy joining their club – but if it ever happens it’d be my honor to serve the people 🙏🏾💪🏾🇺🇸 https://t.co/6Xd9ADzqX7

Back In February, Johnson said he would consider running for president if “that’s what the people wanted.”

“I would consider a presidential run in the future if that’s what the people wanted,”. “Truly I mean that, and I’m not flippant in any way with my answer. That would be up to the people…So I would wait, and I would listen. I would have my finger on the pulse, my ear to the ground.”

It seems like ‘The Rock” is keeping is options open and would seriously considering running for President if the right opportunity presents itself.