The Official Trailer For ‘The Snyder Cut’ Is Finally Here! 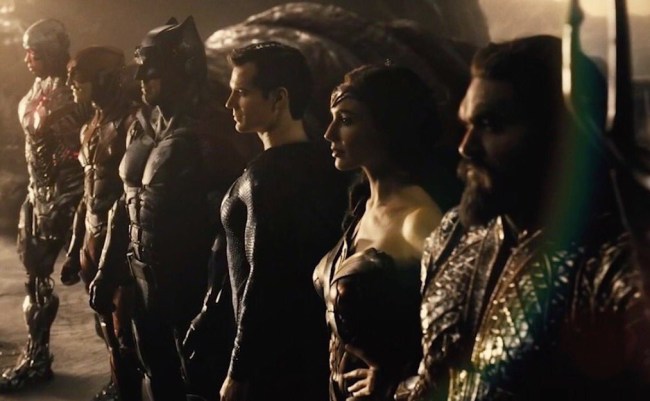 After literal years of online campaigning, fans of The Snyder Cut have finally been rewarded with a trailer to the film (well, actually, miniseries) that they helped will into existence.

Ever since the monstrous debacle that was 2017’s Justice League, fans across the globe — some respectfully and others bordering on lunacy — have been begging and pleading with Warner Bros. to release the mythical Snyder Cut, which is the version of Justice League that director Zack Snyder had intended to give us before Joss Whedon’s meddling.

While the release of The Snyder Cut largely always felt like a pipe dream, that all changed this past spring when Warner Bros. announced they would be providing Snyder with an extra $30 million (although some reports indicate that figure is closer to $50 million) to finish his film, which they would then release on HBO Max next year.

The four-part miniseries (each chapter will be an hour each) is now closer to being a reality than ever as the first trailer for the project has arrived and is already a massive improvement over the original 2017 film. Not only is the entire tone of the project a complete 180, but it appears the very essence of the film — its scenes — will be entirely new, as there are tons of clips in the trailer that weren’t seen in the original Justice League.

Our pop culture podcast is going to be live-tweeting DC FanDome all day long, so make sure to follow on Twitter @PostCredPod.

In the lead-up to DC FanDome, The Post-Credit Podcast spent the last few weeks looking back at all of the DCEU films this far, which you can stream below or listen to wherever you get your podcasts. Also be sure to check out our “regular”, non-DCEU episode from earlier this week where discuss Netflix’s Devil All The Time, Shia LaBeouf to the Marvel Cinematic Universe, and interview Jake Johnson.