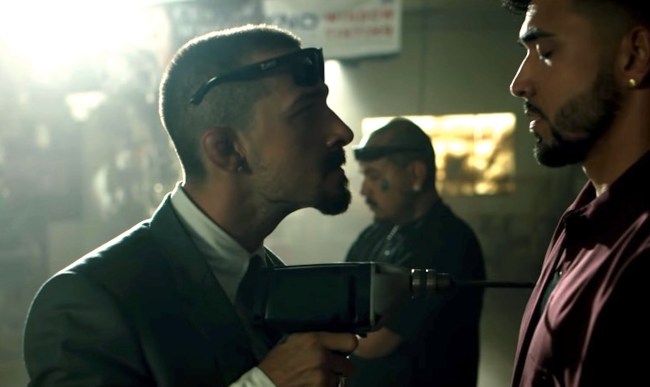 For whatever reason, I’m an oddly passionate Shia LaBeouf fan. I just really believe in the dude’s talent. Maybe it’s because he was a part of my childhood with Even Stevens and Holes or my teenage years with the Transformers franchise. Truth be told, I think my appreciation for LaBeouf comes from A) his steadfast aversion to conformity and B) his work in David Ayer’s Fury, a World War II film that stars LaBeouf, Brad Pitt, Jon Bernthal, Michael Pena, and Logan Lerman. Despite the massive acting talent of the likes of Pitt, Bernthal, and Pena, I actually thought it was LaBeouf’s bible-thumping man-of-god that represented the film’s best performance. So, trust me when I say that no one on the internet has been happy to see LaBeouf resurrection over the last few years thanks to films like Borg vs McEnroe, Honey Boy, The Peanut Butter Falcon, and hopefully, The Tax Collector, the latest gritty Los Angeles crime drama from Ayer.

RELATED: Why We Love Shia LaBeouf

Set to be released to on-demand on August 7, The Tax Collector sees LaBeouf star as Creeper, a “tax collector” that works for an L.A. crime lord named Wizard. Creeper and his partner David (Bobby Soto) are tasked with collecting Wizard’s cut from the profits of local gangs, which, as you can imagine, is quite dangerously complicated.

Ayer is no stranger to L.A. street crime dramas, as he’s also directed Harsh Times, Street Kings, and Bright — in addition to writing Training Day, The Fast and the Furious, and S.W.A.T. While The Tax Collector isn’t necessarily the type of movie that would make a killing at the box office, it’s the perfect home rental, especially since it’s got my boy Shia in it. Count me in.