Why We Love Shia LaBeouf 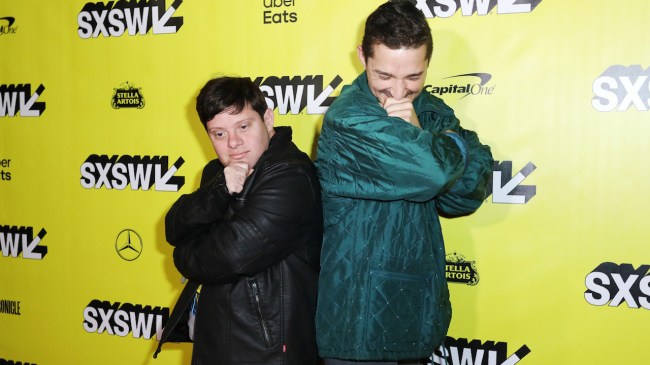 Of all the different types of people and personalities that roam our Earth, the most universally well-liked seem to be those who march to the beat of their own drum.

Those people — the people who wear worn-down, shitty paint-stained jeans not because it’s stylish, but because they truly just don’t give a shit, the people who have experimented with multiple drugs, but only once, just so they could *try them* — never seem to bother anybody, never seem to have any ill will towards anybody.

Whether it be that stoner who moved out to Colorado to work at a ski resort and grow weed, or the college dropout who goes to music festivals by themselves to just collide their universe with a stranger’s, we all know that guy.

And Shia LaBeouf is that guy … he also just so happens to be a supremely talented, world famous actor.

People may forget this, but Shia LaBeouf once had it all. From the year 2007 to 2011, LaBeouf had a run of eight straight films that appeared to be the beginnings of a true movie star, in the same ilk as the likes of Harrison Ford, Tom Cruise, and Will Smith before him.

In 2007, he starred in Disturbia and Transformers, followed up by Eagle Eye and the Steven Spielberg-directed Indiana Jones and the Kingdom of the Crystal Skull in 2008.

A year later, he starred in the Transformers sequel Transformers: Revenge of the Fallen and the Woody Allen film New York, I Love You.

In 2010, it was a starring role alongside Michael Douglas in Wall Street: Money Never Sleeps, and a year later, he headlined a third Transformers film, Transformers: Dark of the Moon.

For an actor still in his early 20’s, LaBeouf’s early career catalog is as solid you’ll find on IMDB. But then, through a combination of addiction, diagnosed PTSD, and truly not giving a fuck, LaBeouf’s career began to tailspin.

But despite his repeated public drunkenness, objectively head-scratching performance art, accusations of plagiarism, and general peculiarness, LaBeouf remained. How? Because he’s that damn good, that’s how.

In a film starring Brad Pitt, Jon Bernthal, and Michael Peña, it’s LaBeouf’s performance in 2014’s Fury that stands out.

In American Honey, a film that won the coveted Jury Prize at the 2016 Cannes Film Festival, it was LaBeouf’s character that was heralded as a scene-stealer. A year later, he starred as tennis icon John McEnroe in Borg vs McEnroe.

Now, with 2019 at its halfway point, LaBeouf still has three films set to premiere, his largest one-year movie output since 2012.

First comes Honey Boy, a film he wrote about his own life that he’s starring in as his own father. While Honey Boy has yet to open publicly, it premiered at Sundance earlier in the year and currently sits at a casual 100% critical score on Rotten Tomatoes.

Then comes Peanut Butter Falcon, where he stars alongside Dakota Johnson and Bruce Dern in a story about “a young boy with Down syndrome runs away to fulfill his dream of becoming a professional wrestler.” No word on those reviews yet, but given the cast and premise, there’s clearly potential.

Finally, and perhaps most intriguingly, LaBeouf reunites with Training Day writer and Fury director David Ayer for The Tax Collector, which, based on this image alone, looks to be patently bonkers:

So, why do we love Shia LaBeouf? Because he unapologetically is who he is and that is something to forever be admired, especially considering the brightness of the spotlight he’s been under his entire life.

He gets too drunk at Cabaret and profusely apologizes for it later. He wears paper bags on his head and watches his own movies in one sitting. He once punched Brad Pitt in the face. He has two Missy Elliot tattoos. He’s a genuinely fantastic actor. He’s a fit god. He can rap his fucking ass off.