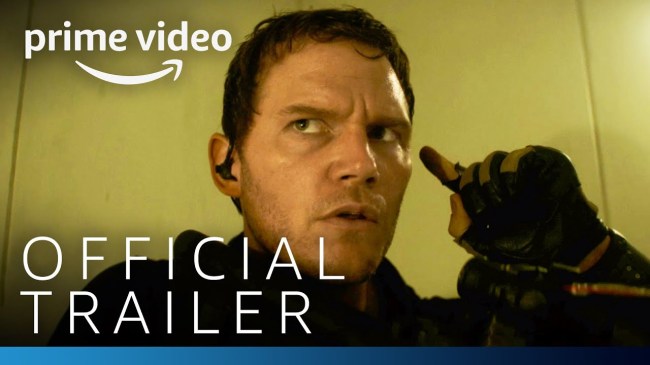 Let me tell you something right now: I don’t know if The Tomorrow War will be “good” or not, but I can promise you this — it’ll absolutely be enjoyable. You’ve got Chris Pratt lookin’ shredded and crackin’ one-liners. You’ve got a (relatively) unique and definitely fascinating sci-fi premise. It’s original intellectual property! It’s not based on a comic book nor a video game, a novel nor a TV series — it’s an entirely new creation and that’s something to be truly admired in today’s Hollywood landscape. It’s got aliens and explosions and sinking cruise ships and crashing helicopters and all of the things you’ve come to expect from a traditional summer blockbuster. The Tomorrow War appears to have more in common with Independence Day than Infinity War, and that’s an awesome thing.

Perhaps best of all, The Tomorrow War just feels like the perfect movie to wind up on streaming (originally a Paramount film, the plan was to release The Tomorrow War in theaters prior to the COVID-19 pandemic), as over-the-top, not-too-serious, turn-your-brain-off sci-fi films represent archetypal at-home entertainment.