The Trailer For ‘The Whale’, The Film That Brendan Fraser Might Win Best Actor For, Is Here 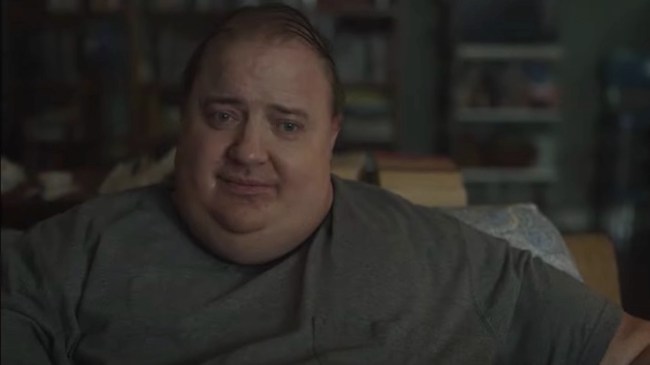 The Brendan Fraser renaissance has been underway for a few years now thanks to roles in projects such as Trust, Doom Patrol, No Sudden Move, and Batgirl (before it was canceled).

The former star of The Mummy will truly crown his return to Hollywood’s A-list in the coming months, though, as he’s set to star in Martin Scorsese’s Killers of the Flower Moon (which will release next year) and Darren Aronofsky’s The Whale, which is set to hit theaters on December 9.

While it’s still quite early in the Academy Awards season, early reports out of film festivals indicate that Brendan Fraser is the current frontrunner to win the Oscar for Best Actor — which is a narrative that’s only been reinforced by how charming he is every time he seems to pop up.

Brendan Fraser stars in the first trailer for The Whale, a film in which he plays a 600-pound man trying to reconnect with his daughter

In The Whale, which is directed by Requiem for a Dream and Black Swan filmmaker Darren Aronofsky, Fraser plays a 600-pound man — who left his family for a man years earlier and went on to binge eat out of guilt — that is trying to reconnect with his 17-year-old daughter Ellie, who is played by Stranger Things breakout Sadie Sink.

As mentioned above, Fraser will follow up his potential Oscar-winning turn in The Whale with a role in Martin Scorsese’s Western crime-drama Killers of the Flower Moon, which also stars Leonardo DiCaprio, Jesse Plemons, and Robert De Niro. While the film does not have an official release date, reports indicate it will premiere at Cannes Film Festival in May.