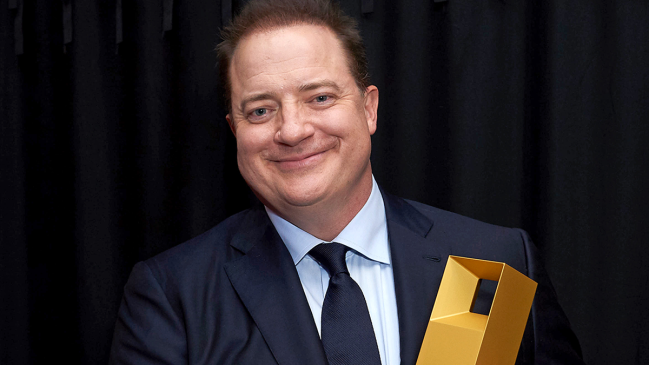 Over the past decade, there’s been a handful of notable actors who’ve managed to defy the odds and make an impressive comeback by resurrecting careers that were seemingly dead in the water.

For example, in the early 2010s, Matthew McConaughey kicked off what was eventually dubbed the “McConaissance” with a run of impressive roles that culminated with him winning Best Actor honors at the Academy Awards for his performance in Dallas Buyers Club. Ryan Reynolds also got in on the action following the crippling setbacks that were Green Lantern and R.I.P.D., as the success of Deadpool ushered in a wild second act that’s made him one of the most popular and beloved actors on the planet.

However, it’s hard to think of a redemption arc more people are emotionally invested in than the one involving Brendan Fraser, who basically dropped off the face of the Earth following the release of 2008’s Journey to the Center of the Earth.

In 2018, the star of The Mummy franchise shed some light on his absence when he accused the former president of the Hollywood Foreign Press Association of sexually assaulting him in the middle of a crowded luncheon, saying the incident played a major role in his decision to withdraw from the public eye (and implying he may have been blacklisted due to how he responded).

Fraser soon found himself on the receiving end of a number of offers for the roles that have helped him kickstart his career in addition to a flood of support from fans who couldn’t be happier to have him back.

Last week, we got some great news out of the Toronto International Film Festival following a screening of Darren Aronofsky’s The Whale, which received a six-minute round of applause that made Fraser break into tears.

Brendan Fraser is back — and he sobbed during the #Venezia79 six-minute standing ovation for #TheWhale. pic.twitter.com/y4l10ZFWQa

Over the weekend, he found himself getting emotional yet again after receiving a TIFF Tribute Award for Performance thanks to his portrayal of the 600-pound man he plays in the film that’s already garnered a ton of praise ahead of a theatrical release that’s currently slated for December.

On Sunday, Fraser got the chance to share his thoughts after collecting the trophy, and it’s impossible not to root for the guy after seeing how much it meant to him.

Here’s some of what he had to say:

“I’m sharing this stage with Darren Aronofsky and Sam Hunter. Art is about taking a risk, and you should know that they took a chance on me and I will be forever grateful to them.

The Whale. It’s a redemption story about a guy called Charlie, and he’s gone through significant life changes and he’s forgotten about who he is to the ones he loves and he’s running out of time to tell them that—if he can at all.

But, he has a superpower. Charlie can see the good in others when they can’t see that in themselves. He can bring that out in them, and I am a firm believer that we need a little bit more of that in this world, because it’s the audience that gives cinema life.

So I must thank you for keeping me in the job that I love, because it’s nice work if you can get it. “