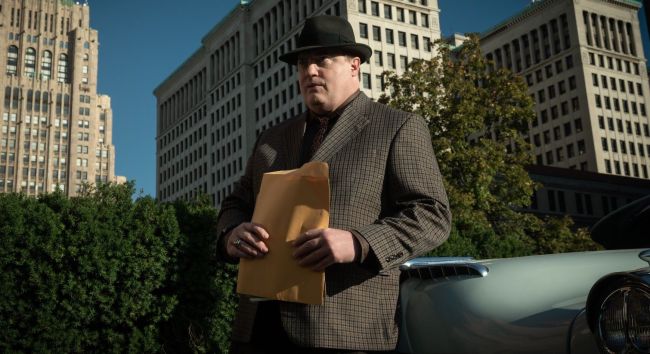 Get ready, folks: The Brendannisance is here. In case you haven’t noticed, Brendan Fraser’s career comeback is full steam ahead, as the internet’s recent affinity for him seems to be translating into real life.

After virtually disappearing from Hollywood over the last decade, Fraser has been slowly but surely beefing his filmography back up, having recently appeared in projects such as FX’s Trust, HBO Max’s Doom Patrol, and Steven Soderbergh’s crime thrillerNo Sudden Move. He’s also set to star in Darren Aronofsky’s (likely extremely depressing) The Whale and will appear alongside Leonardo DiCaprio, Robert De Niro, and Jesse Plemons in Martin Scorsese’s Killers of the Flower Moon.

While I’m not sure why it happened or when it began, the internet has been — ironically or genuinely or both — rooting for Fraser for some time now, so seeing his career on the mend has been a joy for virtually all movie fans on the internet. During a recent interview, Fraser was made aware of that fact and his response is nothing more than feel-good food for the soul. How can you not be rooting for this guy?

Fraser certainly deserves the bounce back following the hard-luck he fell on in the previous decade. In a GQ profile from 2018, Fraser alleged that he was sexually assaulted by Philip Berk, the president of the Hollywood Foreign Press Association, in 2003. The backlash from within the industry for speaking out against Berk, Fraser says, combined with his divorce, death of his mother, and poor health due to surgeries from performing stunts led to the downturn in his career.

Still just 52-years-old and with respected directors now seemingly lining up to cast him, Fraser’s career appears to be fully on the mend and it’s awesome to see.