This Is Why Batman Is Becoming More Violent, According To Zack Snyder 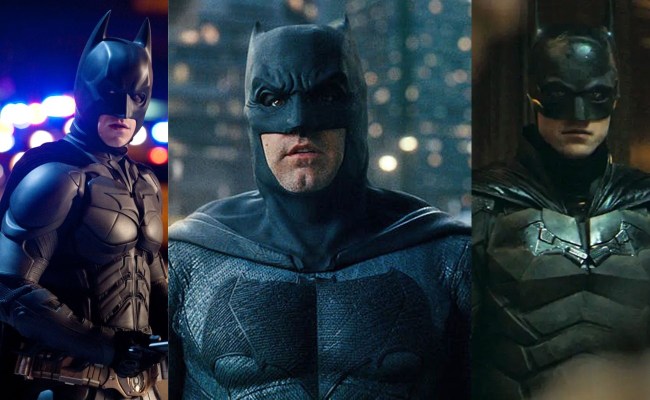 Have you seen the trailer for The Batman? If you’ve clicked on this article, I’m sure you have, as it was likely one of the best trailers to drop during 2020, despite the fact that only 25% of the film had been shot when it was released last August.

Of all the trailer’s instantly awesome moments, the clip of Batman beating the almighty hell out of a petty criminal was the highlight:

The bone-breaking brutality of Robert Pattinson’s Batman is just the latest example of the growing mainstream violence of the character, as Ben Affleck’s version was also, perhaps infamously, known for his ruthlessness, as the DCEU Dark Knight stacked up quite a body count in Batman v. Superman: Dawn of Justice.

Why is it, though, have audiences become increasingly accepting of Batman’s inherent violence despite the fact that one of the character’s core traits is that he refuses to kill? We asked Zack Snyder, the director of Batman v. Superman himself, what he thought of that very notion:

“The truth is that the rubber hits the road when you start to analyze the practicality of Batman — and apprehending the bad guy and/or confronting what we would consider the villain — without a violent conflict inside of that mythological confrontation,” Snyder told us.

“I don’t think there’s a way to… Well, I mean, there is; the bad guy could just surrender, or Batman could decide not to get involved. Those are the two options for us not to have a violent resolution of that conflict. And those are fine ways to go. I don’t know that it’s an interesting movie, but it’s certainly a viable option for them to just negotiate their way through it. You know, if Batman says, “Listen, I would love it if you just surrender. Just don’t do that bad stuff anymore.” And then you surrender, and then that’s the end of the movie.”

“I’m sure Deathstroke would be willing to get a beer and talk it over with him,” I joked.

“Yeah, Deathstroke just lays down his arms and they both agree that, ‘You’re right. It was a big misunderstanding.’ Honestly, it’s often a big misunderstanding, but that’s mythological as well, but if they were just like, ‘Let’s agree to disagree, but no more violence.’ And that’s fine. That would be amazing. And it’s not as long of a movie, but it’s certainly a possibility.”

“But for me, and I do think of that in very mythological terms, the armed conflict, it really is not about the literal vigilante crime-solving — Batman, he’s a metaphor for the darkest parts of ourselves, that are endeavoring to be turned toward the light. And I think that when he goes up against The Joker, or against The Riddler, or Catwoman, these are also clearly metaphors. Are they actual criminals? I don’t know, but do they represent this dark psyche that is chaos, or evil, or whatever. And does he have to confront it directly? Yes.”

“And so that does often manifest itself in some sort of physical fight and whether or not that’s the thesis that is accepted by modern culture, that’s another debate and I’m happy to talk about it, but I just think that we end up with, at least from my point of view, this mythological battle is like a battle for our souls, you know? And Batman’s on one side, and evils on the other, and they’re going to come to blows.”

Make sure to check out our full interview with Zack Snyder, which will be releasing on the Post-Credit Podcast later today. Also, go see Army of the Dead when it hits theaters on Friday, May 14, and Netflix on Friday, May 21.

RELATED: Zack Snyder On The Most Misunderstood Aspect Of Batman – “I Like The Batman That F–s To Forget”