Zack Snyder On The Most Misunderstood Aspect Of Batman: “I Like The Batman That F–s To Forget” 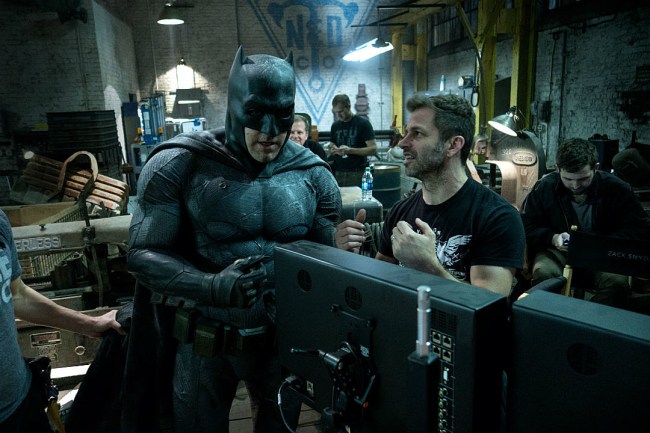 I often say that if I had to pinpoint one specific thing that led me down the life path of becoming an entertainment writer, it’s the Batman: The Animated Series cartoon from the ’90s.

While I was (obviously) too young to remember it for myself, my Mom tells me I traded in my Thomas the Tank Engine toys for Batman action figures at around the age of four, and given the way the character has exploded into the zeitgeist in the years since, I’ve never really looked back.

Now, here I am 20-plus years of loving pop culture later, and I largely spend my days writing about movies, television, and the like — and, of course, Batman.

Naturally, given the chance to speak to Zack Snyder, the man to most recently bring the Dark Knight to the big screen, I couldn’t not ask some of my more philosophical Caped Crusader questions, such as what Snyder thinks the most misunderstood aspect of the character is.

“There’s a couple of sort of philosophical approaches you could take to Batman, and ‘monk warrior’ was not the way I went,” Snyder told BroBible.

“And I just think that — I always liked the Batman that fucks to forget. I like him when Bruce Wayne is broken. He uses sex and drugs — not drugs, maybe painkillers, and alcohol, too. To numb himself. The only time he’s really happy or not happy, but at ease, is in the Batsuit. Being Batman is the only way to dull the pain of what happened to him as a child. And then frankly, what happened to him, with pretty much a lot of his loved ones, apparently anyone who Batman loves, he loses.”

“And I think it’s a big problem for him. And I think, Justice League, really for me, it was always about Batman getting a family again, like sort of re-finding himself among these people that, in a lot of ways, he was not as afraid to lose because they’re gods, it’s like a different… He could relate to them. He’s not afraid to love them, you know?”

“The Batman that fucks to forget” is a phrase I never knew I needed but now realize I can’t live without.

We’ll be releasing our Zack Snyder interview over on the Post-Credit Podcast on Friday, so make sure to subscribe and check that out.