Angelina Jolie Stars In Electric Trailer For ‘Those Who Wish Me Dead’, The Latest From ‘Yellowstone’ Creator Taylor Sheridan 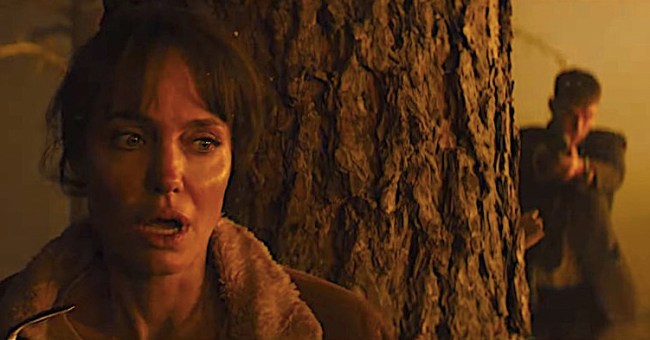 There are few talents in Hollywood as hot as Taylor Sheridan right now.

After beginning his Hollywood career as an actor — he was perhaps best known for playing David Hale in Sons of Anarchy— Sheridan has since transitioned to writing and directing, becoming one of the most sought-after names in the game. After penning the excellent Sicario, Sheridan then went on to write the Academy Award-nominated Hell or High Water, before making his directorial debut with Wind River (which he also wrote, of course).

Then, in 2018, Sheridan launched the biggest hit of his career thus far, as the Kevin Costner-starring series Yellowstone, which he co-created, premiered on Paramount Network, since becoming one of the most popular series on television. Wisely not wanting to see Sheridan take his talents elsewhere, Paramount has since announced FOUR projects that the writer/director is working on: Mayor of Kingstown starring Jeremy Renner, Land Man, the Yellowstone spinoff 6666 (working title), and the previously announced Yellowstone prequel Y: 1883.

Sheridan’s awesome creative work isn’t only reserved to Paramount, though, as his latest directorial effort, the Western thriller Those Who Wish Me Dead, is set to hit theaters and HBO Max next month, with the first trailer finally dropping this morning.

Here’s the official synopsis for Those Who Wish Me Dead, via Warner Bros.:

While reeling from the loss of three lives she failed to save in a fire, smoke jumper Hannah comes across a traumatized 12-year-old boy with nowhere else to turn.

In addition to Jolie, Those Who Wish Me Dead also stars Nicholas Hoult, Aidan Gillen, Jon Bernthal, Tyler Perry, and Finn Little. The film will hit theaters and HBO Max on Friday, May 14, 2021.