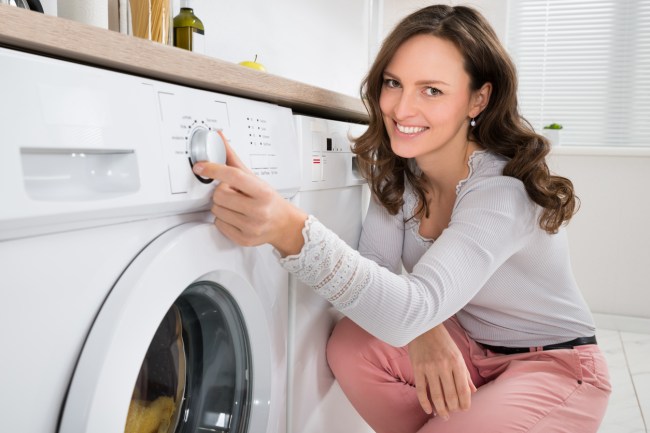 Doing laundry can be a menial task that often takes up more time than you would like. However, when that cycle finishes and buzzer rings on the last load of the day, there are few better feelings.

In fact, the celebration often calls for a dance party. That was the case for TikTok user @avehost, who has no choice but to join in with her dryer.

She recently shared her dryer jingle and it is exhaustingly long. Some washers and dryers buzz once or delight with a short diddy when the cycle is done.

For Avery, however, it plays a 27-second refrain. Just when you think it’s done, it keeps going, and Avery dances along the whole time.

Avery’s dryer, as she points out, is a Samsung. The song it plays, as one astute commenter pointed out, is Franz Schubert’s Trout Quintet.

The piano quintet was composed in 1819 and is in the key of A major. Although it was composed when Schubert was 22 years old, it was not published until a year after his death at only 31.

While the entire quintet is just short of 40 minutes long, Avery’s dryer features a 30-second segment of the fourth movement.

Despite Schubert’s untimely death, he left behind more than 600 secular vocal works, seven complete symphonies and operas, and a large body of piano and chamber music. The Trout Quintet is his most famous piece and Samsung chose it for its dryers.

Can you imagine the royalties for Schubert if he was alive today?