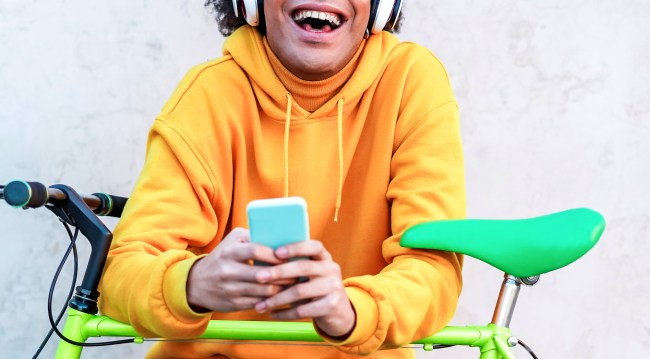 There have been numerous stupid viral trends over the past several years (butthole-sunning anyone?), too many to count actually, but a recent TikTok prank that’s gone viral called the “Skull Breaker Challenge” has to be at or near the top when it comes to being all time dumb.

For those unfamiliar with the TikTok trend called the “Skull Breaker Challenge” allow me to enlighten you.

It involves three people standing in a row. The two on the outside demonstrate to the unsuspecting victim in the middle how they are going to jump. Only when the person in the middle jumps they sweep the person’s leg out from under them, making them fall backwards with the person unable to break their fall, thus the name the “Skull Breaker Challenge.”

Only the “Skull Breaker Challenge,” which reportedly originated in Spain is not just a name, it’s what has really happened to several teens who were victims of this viral TikTok “prank” as there have been reported injuries ranging from concussions and brain damage to spinal injuries and fractured skulls.

“I couldn’t get up because I couldn’t feel my hands,” said Kathleen. “I couldn’t feel my legs, my feet, nothing. I was numb. I was screaming that I needed an ambulance. I was thinking like ‘Oh my God I’m going to lose my life over this game.’ I should have never done it.”

A sixth-grader in Sioux City, Iowa suffered a broken arm and elbow.

An teen in Arkansas sustained a concussion.

A 13-year-old in New Jersey was hospitalized a month ago and is still experiencing concussion-like symptoms.

A freshman at a high school near Miami was rushed to the hospital with a concussion, and now her family is suing the school district.

A 16-year-old girl in Brazil was reported to have died.

Numerous doctors have come out, voicing their concern with the TikTok “challenge” and stating that doing it to someone could actually kill them.

“The skull breaker challenge is an emerging prank being propagated on social media that results in forceful trauma to the head and neck area,” Dr. Nathan Richards of the Ohio State University Wexner Medical Center told Yahoo! News. “It can be associated with a variety of serious and even life-threatening injuries including, but not limited to, bruising, hematoma, skull fracture, neck strain, neck fracture, concussion and long term complications of concussion, bleeding in or around the brain, loss of consciousness, paralysis, and death,” Richards explains. “Although it can seem like a harmless prank to children and adolescents, they should be educated on the potential serious consequences of doing the skull breaker challenge.”

“The safety of our users is our top priority at TikTok, and we do not allow content that encourages or replicates dangerous challenges that might lead to injury,” TikTok said in a statement. “The behavior in question is a violation of our Community Guidelines and we will continue to remove this content from our platform. We encourage everyone to exercise caution in their behavior whether online or off. For teens and their families on TikTok, we provide a number of safety controls in the app and educational resources on our Safety Center.”