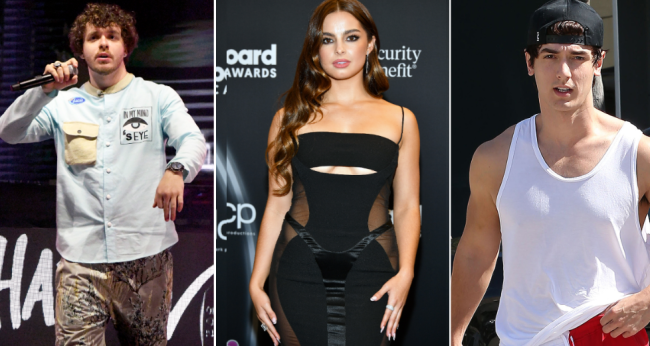 TikTok star Addison Rae has apparently moved on from her ex Bryce Hall and he’s not taking things too well.

Over the weekend, Rae was spotted getting chummy with rapper Jack Harlow at the Jake Paul-Ben Askren Triller Fight Club event in Atlanta.

A post shared by First Ever Tiktok Shaderoom (@tiktokroom)

The rumors of Rae and Harlow were later confirmed by Internet personality Keemstar, who specializes in Youtube drama.

I just confirmed with a very very very credible source.

Hall, who dated Rae for years before they recently broke up, took to Twitter and had a meltdown after the Harlow/Rae dating rumors started to spread.

INSTANT REGRET: Bryce Hall shares that he’s heartbroken. He says “f*cking me, telling me u love me then sneaking around w/ someone else… that f*ckin hurts.” Some of Bryce’s fans think he may be talking about Addison Rae, which has not been confirmed. pic.twitter.com/toD8YrNN1W 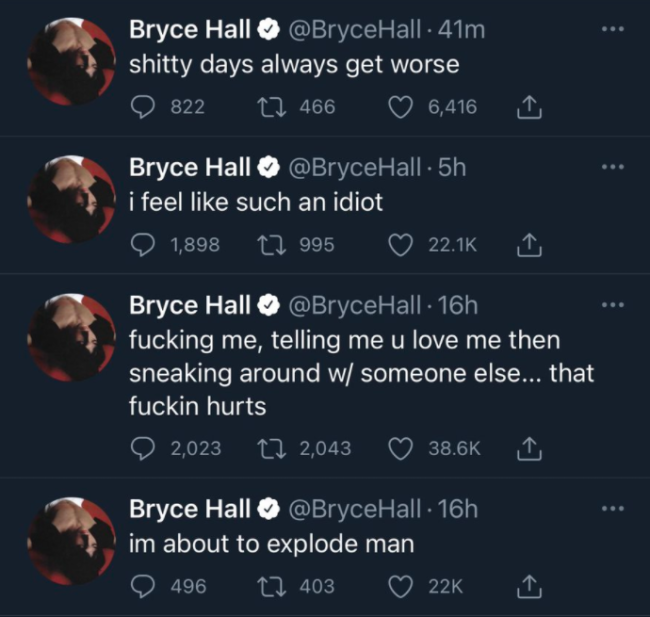 Update: Addison Rae issued a response to the rumors by stating that she’s single.