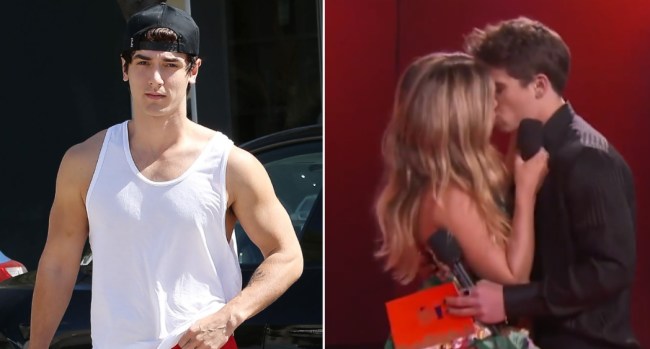 Just a few weeks ago, a down bad Hall had a meltdown on Twitter after Rae was seen hanging out with rapper Jack Harlow. 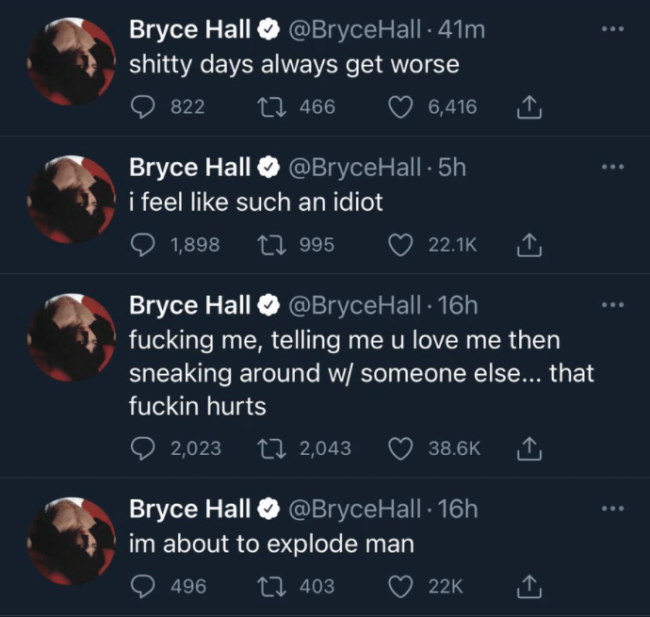 On Sunday during the MTV Movie and TV awards, Rae straight up made out with her “He’s All That” co-star Tanner Buchanan in front of the whole world to see.

Hall reacted to the kiss by saying it “sucks” but he’s going to focus on his upcoming celebrity boxing match in June.

TODAY IN SHADE: Bryce Hall appears to respond to his ex Addison Rae making out on live television with Tanner Buchanan. Bryce says “suck, but moving on.” pic.twitter.com/8qt7oqnN14

Apparently, Hall is fighting Youtuber Austin McBroom on the “Social Gloves” fight card on June 12th which will feature TikTokers vs Youtube stars.

If you’re in Miami in June, i wanna see you here: https://t.co/O1LGfSRCO7 pic.twitter.com/aZtdGjuqHO