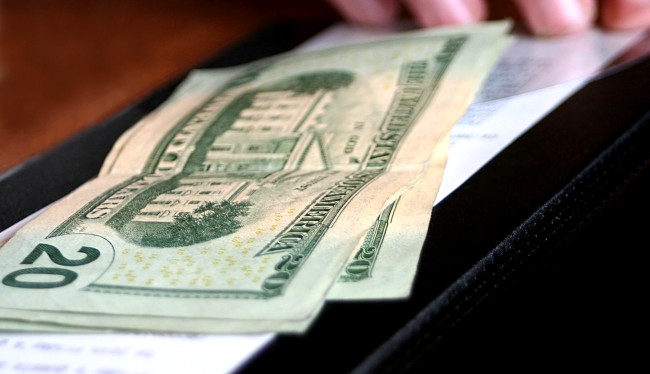 If there is one thing the world will never, ever agree on it’s how much you should tip for service at a restaurant.

For as long as most people can remember, the standard tip has always been 15 percent. However, depending on the customer and the service involved, that can fluctuate up or down varying percentage points.

These days it seems more and more like 20 percent is being used as a common amount when it comes to tipping. This is being done for several reasons. One is that restaurant workers put themselves at greater risk health-wise these days than most other professions. The second big reason is the fact that many people strongly disagree with how much servers are actually paid in wages, believing that they shouldn’t be forced to be so dependent on tips to make a living.

Restaurants such as Chili’s, featured in the viral TikTok video below, will often pre-calculate various tips for their customers. Chili’s offers 18 percent, 20 percent, and 22 percent. Which would be fine, except something is very confusing about their math.

“These numbers are… like, did they just not think that people would check their math?” the customer said in the video.

With almost 500,000 views and over 2,500 comments, numerous guesses and opinions were offered regard this perplexing pay-at-the-table machine snafu.

“I couldn’t get the exact numbers but it seems like they added the tip then did taxes on the tip as well,” one person commented.

“Ask the server if they got 18% or 20% on your tab, or anyone else’s for that matter,” someone else suggested. “Make sure the restaurant isn’t skimming tips.”

“If you used a reward like a free dessert or chips and salsa they are factoring the cost of that in for the tip even though you didn’t pay for the item,” another viewer suggested.

“Businesses should pay employees a good wage and no one should be tipping,” another person commented. “It’s silly.”

“Hey @Chili’s Grill & Bar… fix your machines and pay your staff a livable wage so that they are depending on customers to live life,” a similar comment read.

Just further proof that the only thing we can all agree upon is to disagree. Where do you stand on this pay-at-the-table machine predicament?