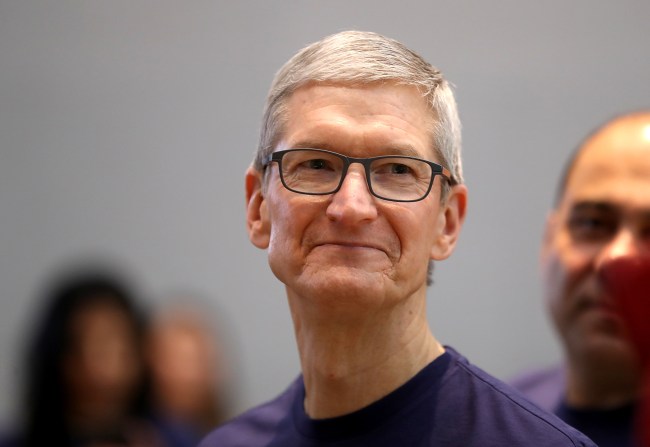 Tim Cook, Apple CEO, might have an estimated net worth of about $625 million or so, per Business Insider, but the tech giant’s leader proved that even mega-rich people can have a pretty good sense of humor. Yep, even if the jokes come at the expense of the President of the good ol’ United States of America.

Meeting with Donald Trump yesterday at the White House for a meeting about the American Workforce Policy Advisory Board, Tim Cook was thanked by Trump after addressing the audience. Actually, Tim “Apple” was thanked, with Trump accidentally botching the CEO’s last name, clearly confusing it with the company he runs. Take a look at the video below.

If you’re not laughing at that, you don’t have a sense of humor, because it’s pretty hilarious that Trump just associated Tim Cook with Apple — even if it did come in a public forum. It’s kind of like how I save someone’s cell number in my phone as “Jenny River Pig,” putting her first name in there plus the bar I met her at. Classic move by Trump. Plus, no harm no foul here.

While Tim Cook didn’t show much of a reaction following the President’s flub, he did poke a little fun at the Commander-In-Chief on social media, with the Apple CEO promptly changing his Twitter bio name to include an Apple logo, basically referring to himself as Tim Apple. Nicely played, Mr. Cook. 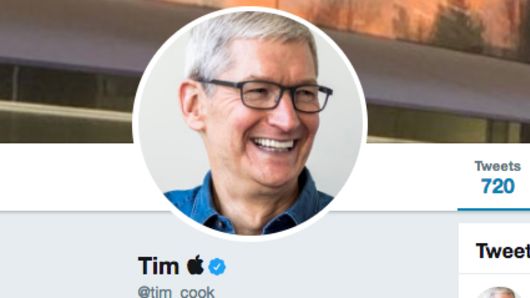 Everything on social media is always so life and death these days, with people treating Twitter way too damn seriously for its own good. So it’s nice to see Tim Cook have a little fun and, at the same time, troll Donald Trump’s mistake without causing a big stink. For a guy worth more than half a billion bucks, he could have been all offended and made it a big deal, but he went the more chill route — and it’s pretty hilarious.