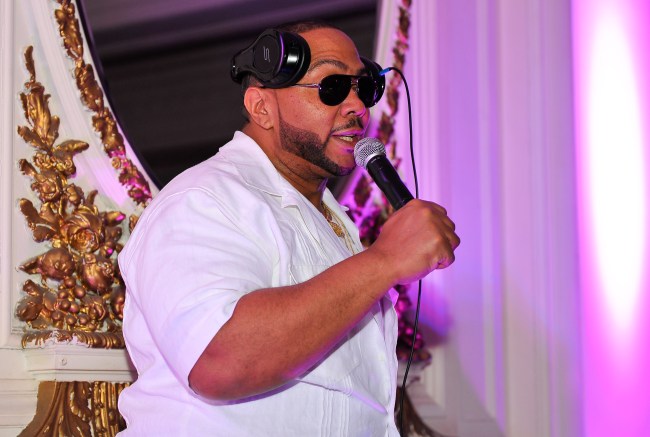 For those of you who are looking a little motivation to keep at your New Year’s Resolutions, play this Les Brown ‘You Gotta Be Hungry’ speech while you read this. I swear this and this alone has almost gotten me to stop smoking cigarettes a few times. Down to a pack a day, so progress is attainable.

You can also derive inspiration from Tim Mosley aka Timbaland, who just a few years ago, was dangerously imploding.

The 47-year-old legendary producer and label owner began abusing OxyContin and Percocet following a root canal in 20110–an addiction that was only worsened by his messy, enduring divorce to Monique, the IRS filing a $4 million lien for three years of unpaid taxes, and ballooning to 350 pounds at just 5-foot-7.

“I had to get whipped, because I didn’t appreciate anything,” Timbaland said in a recent profile by Men’s Health. “All my life I felt it was a little too easy.”

Pills helped expedite that ass-whooping. Oxy’s and Perc’s made Timbaland so detached and unfeeling that doesn’t remember how many pills a day he was taking, but admits it was “way over the limit.”

“It put me in a great feeling of not caring, of just being free,” he says. “I’m like traveling, doing shows, popping ’em, having fun, just being ignorant.”

In an effort to revitalize himself, Timbaland settled with the IRS and moved from a 14,000-square-foot mansion outside Miami to a 2,500-square-foot condo downtown in order to “get all that superstar stuff out of the way.”

Gym co-owner Ricardo Wilson described how physically baseline Timbaland was when he first joined the gym.

“He had a lot of aches and pains,” Wilson says. He had “glute and hamstring deficiencies” from lack of exercise, and he was hunched due to back pain. Before he ever stepped into a ring, Mosley had to work on posture and range-of-motion exercises, Wilson says, including hip openers, posture squats, and standing leg curls. Then came shadowboxing, jumping rope, and hitting the bag for ten three-minute rounds at a time. Eventually Mosley graduated to sparring. The workouts were hard, but nothing compared to withdrawal. “When you get beat up the way I got beat up mentally, this ain’t hard,” he says.

Wilson also noticed that as his client was dropping weight like crazy–50 pounds after a year–“his energy levels increased, and then he started challenging other clients in the gym, to push them.”

Timbaland also hired a chef to create a menu of weekly meals to be delivered to his home.

Chicken, salmon, vegetables. Three and a half liters of water a day. No processed foods. “If it didn’t run, grow, crawl, or swim, we don’t eat it,” DBC Fitness owner David Alexander says.

Today, Timbaland has dropped 130 pounds, kicked his painkiller addiction, got straight with Uncle Sam, and has improved his mindset.

Go out there and get ’em kid.