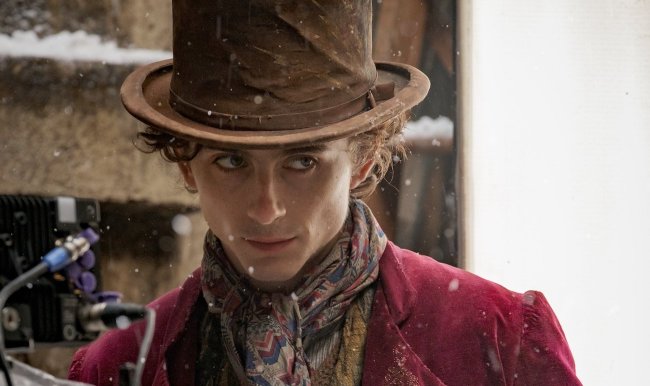 Timothée Chalamet, just 25-years-old, has virtually already been anointed as the next Leonardo DiCaprio — the next Hollywood leading man that’s going to dominate for decades to come, whether it be in prestige dramas or massive blockbusters.

In the next few months alone, he’ll be starring as Paul Atreides at the center of Denis Villeneuve’s massive Dune franchise while also popping up in Wes Anderson’s The French Dispatch and Adam McKay’s Don’t Look Up. Then, in 2022, he’ll be reuniting with Call Me By Your Name director Luca Guadagnino for Bones & All. The point being: if there was a time to buy yourself some Timothée Chalamet stock, it’s now.

There is, however, one project that Chalamet has in the works that I’ve yet to mention, and that’s the upcoming Charlie and the Chocolate Factory adaptation simply titled Wonka. An origin story about the famed chocolatier, Wonka is will “focus on a young Willy Wonka and his adventures prior to opening the world’s most famous chocolate factory.” Sounds ridiculous, I know, but such is the state of Hollywood these days.

Over the weekend, Chalamet took to social media to share the first look at his new-age, Gen Z Willy Wonka, and naturally, social media had tons of thoughts:

In this one, Wonka fucks. https://t.co/pZOvmC7RsO

y’all making the wrong movie cause that is not Willy Wonka 😭 pic.twitter.com/4NKcvP00n5

I thought Willy wonka had a bob? https://t.co/GcS2fShto4

the sexification of willy wonka needs to stop.

I would be happier about this if the story wasn't "Willy Wonka origin story" and instead was "Young Ian McKellen attends first gay club" pic.twitter.com/YmN8UhtLyt

I don’t need a sexy young Willy Wonka movie. Show me a wicked old, retired Wonka, on an unstoppable killing spree in his nursing home. Taking down seniors left and right with poisoned Werthers and booby-trapped pudding cups.

JOE: give me the biggest fucking bed you have

I’m sorry, there’s only ONE Willy Wonka to me pic.twitter.com/hxgB1V4H4I

In addition to Chalamet, Wonka will also star Keegan-Michael Key, Sally Hawkins, Rowan Atkinson, and Olivia Colman, and will be directed by Paddington filmmaker Paul King. At this time, Wonka is set to hit theaters in the United States on March 17, 2023.