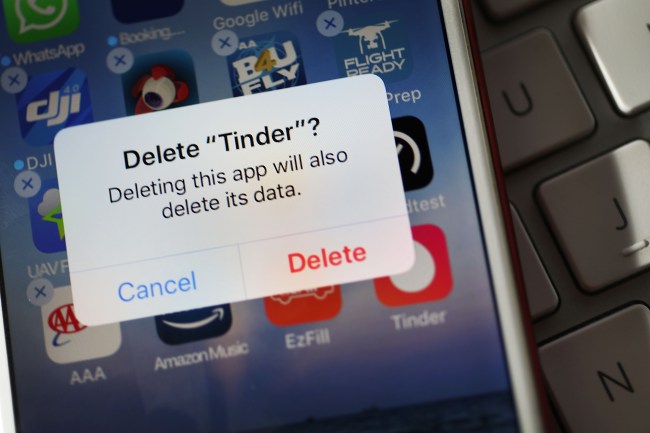 Real friends speak truths–“Hey, you got a poppyseed from an everything bagel between your teeth.” “Hey, you’ve been distant emotionally lately, everything okay?” “Hey, your face is fucking repulsive and there’s nothing you can do about it.”

These hard truths are only reserved for relationships with an unwavering foundation.

If a person you spent two hours with on a failed Tinder date three months ago offers you an in-depth character analysis taking a jackhammer to your entire existence, try not to put too much stock into it, even that person highlights your inner-most insecurities.

24-year-old Kimberley Latham-Hawkesford of Morecambe, Lancashire in England posted an extensive bullet-pointed Snapchat message from a dude named Luke who she allegedly went on one date with three months ago. Luke believed he was doing God’s work by sending Kimberley a 15-point list of ‘improvements’ she could make to her physical appearance and general aura to be good enough to secure a second date with him. Bold move, Cotton. Let’s see how it plays out…

Kimberley posted the following to Facebook accompanied with the caption, “Imagine being so far up your own ass you’d send this to a girl 3 months after a date” 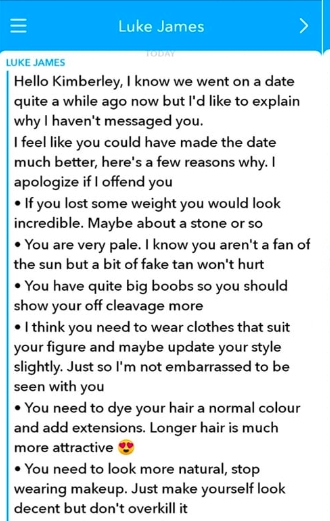 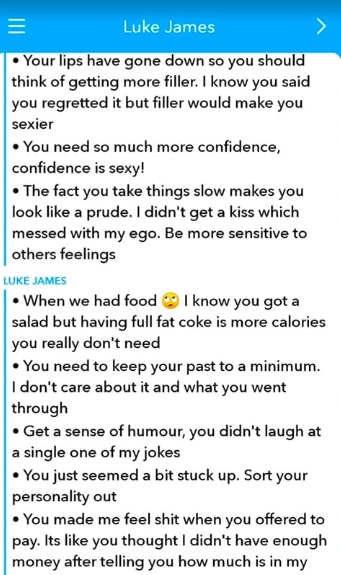 Latham-Hawkesford told LADBible that when she received the message it “absolutely killed” her confidence.

“At first I was absolutely mortified and it killed my confidence, but the more I read it the funnier it became. I couldn’t understand how a guy could say such things to a woman.”

She also claimed that on their first date he asked her if she would get plastic surgery and offered her clothing store suggestions she should go to get a new wardrobe before their next date.

It remains to be seen whether Kimberley changes everything about herself and lives happily ever after with dickface. Stay tuned.