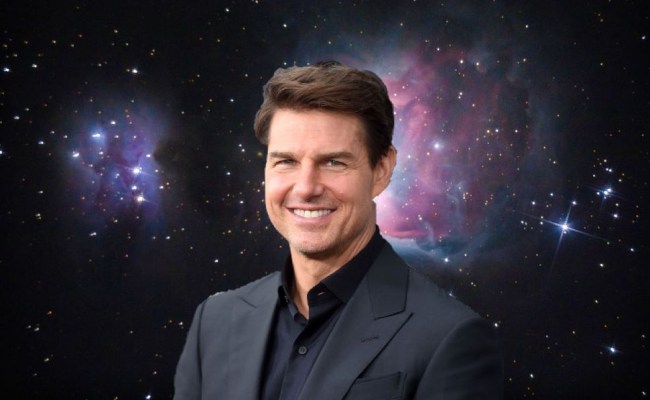 Two of the most famous aliens-living-among-us are teaming up to make the first-ever movie to be shot in space, as reports indicate that Tom Cruise and Elon Musk’s SpaceX company are planning to shot a film in outer space

According to a report from Deadline, “Tom Cruise and Elon Musk’s SpaceX are working on a project with NASA that would be the first narrative feature film to be shot in outer space. The film, which is being described as an “action-adventure”, is not a part of the Mission Impossible franchise, and at this time, no movie studio is currently attached to the project. Additionally, no further actors nor directors are attached to the film.

It should come as no surprise that Cruise is attached to this sort of extreme project, as the 57-year-old action hero has long been known for his commitment to brazen stuntwork, as he’s frequently injured himself during the production of his films.

This summer was also supposed to see the release of the long-awaited sequel to the 1986 hit Top Gun, however, Top Gun: Maverick was also delayed and will instead hit movie theaters in the United States on December 23, 2020.