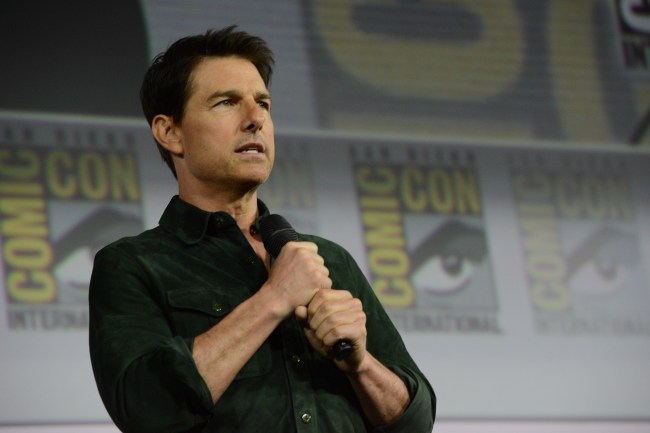 Tom Cruise is apparently very serious about enforcing Covid-19 protocols on the set of the latest Mission Impossible movie.

Tom Cruise is not to be f*cked with

“We are the gold standard,” “They’re back there in Hollywood making movies right now because of us. Because they believe in us and what we’re doing. I’m on the phone with every f***ing studio at night, insurance companies, producers, and they’re looking at us and using us to make their movies. We are creating thousands of jobs, you motherf***ers. I don’t ever want to see it again. Ever!”

“No apologies,” “You can tell it to the people who are losing their f***ing homes because our industry is shut down. It’s not going to put food on their table or pay for their college education. That’s what I sleep with every night — the future of this f***ing industry!”

According to a report from the Daily Sun, Cruise has bought two expensive robots to patrol the set to make sure no one breaks Covid protocols when Mission Impossible begins shooting again.

The Hollywood legend has bought two state-of-the-art robots to patrol the set of Mission Impossible 7 when filming resumes this week.

He has paid huge sums for the gadgets which can also administer on-the-spot tests to staff.

A film-set source said: “Shooting for it will resume in the UK later this week before it goes off to Dubai.

“Tom is so serious about making sure the shoot isn’t shut down that he’s splashed out on these robots as he can’t be everywhere to ensure people are behaving themselves.

“Yes, the rant that came out last month may have been a bit over the top, but he was right, and those who saw the story sympathised with him.

Hopefully, someone on set releases video of the patrol robots because this sounds completely ridiculous even for Tom Cruise.