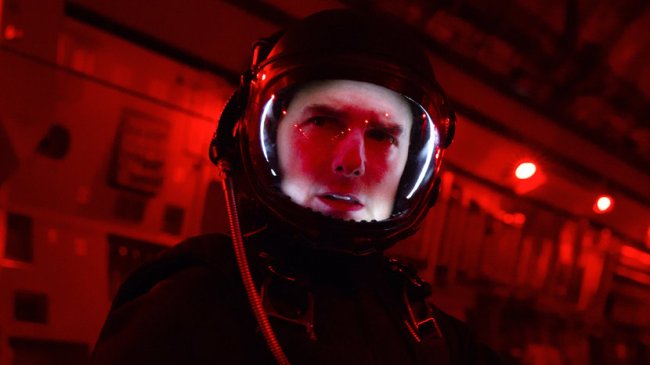 Tom Cruise is taking his acting to new heights in an upcoming movie – approximately 250 miles above the Earth’s surface. NASA has approved Cruise to visit the International Space Station for a new movie.

On Monday, the Twitter account for the Space Shuttle Almanac, which monitors space programs, shared the schedule of all of the spacecraft and space travelers that are going to launch in the next three years. There was one familiar name on the list: “Tom Cruise.”

The schedule names Cruise and director Doug Liman as space “tourists” for an October 2021 space trip along with SpaceX Pilot Lopez Alegria and a third space tourist. Cruise and Liman previously worked together on the 2014 science-fiction film Edge of Tomorrow.

With the arrival of the @MBRSpaceCentre Astronauts @astro_hazzaa and @Astro_Alneyadi at @NASA_Johnson this week, can we assume they are the two Emirati crew members who will make the 6 mth stay on the #ISS in Oct 2022? pic.twitter.com/b2Sdr06hUc

The Mission: Impossible star will reportedly take Elon Musk’s SpaceX Crew Dragon capsule, and travel to the ISS. Liman and Cruise will use the voyage to film a new movie. Deadline reported that Universal will back the $200 million space film.

NASA is excited to fly Cruise into space and grant him access to the ISS because they see this as a massive marketing opportunity. Jim Bridenstine, the administrator of the National Aeronautics and Space Administration, wrote on Twitter in May, “We need popular media to inspire a new generation of engineers and scientists to make @NASA’s ambitious plans a reality.”

Elon Musk responded by saying, “Should be a lot of fun!”

NASA is hoping that Tom Cruise can do for the space agency what Cruise’s Top Gun did for the U.S. Navy.

Should be a lot of fun!

This isn’t the first time that Cruise has been propositioned to go into space for a movie. Director James Cameron pitched Cruise a space movie that is actually filmed in space 20 years ago.

“I had a contract with the Russians in 2000 to go to the International Space Station and shoot a high-end 3D documentary there,” the Avatar director said in a 2018 interview with the magazine Empire. “And I thought, ‘Sh*t, man, we should just make a feature.’ I said, ‘Tom, you and I, we’ll get two seats on the Soyuz, but somebody’s gotta train us as engineers.’ Tom said, ‘No problem, I’ll train as an engineer.’ We had some ideas for the story, but it was still conceptual.”