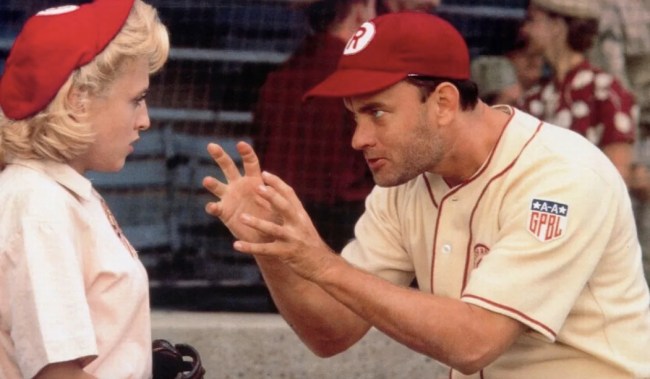 While it’s certainly ironic, it’s definitely not a coincidence that the general United States population seemed to begin to take the coronavirus seriously as soon as word came down that Tom Hanks, America’s Dad, was infected with the virus.

Currently down in Australia for pre-production for the upcoming Baz Luhrmann-directed Elvis Presley biopic, news broke earlier this week that both he and his wife Rita Wilson had come down with the virus and were being placed in quarantine as a result.

In typical Tom Hanks fashion, the two-time Academy Award winner was able to put a brave face on the situation:

“Hello, folks. Rita and I are down here in Australia. We felt a bit tired, like we had colds, and some body aches. Rita had some chills that came and went. Slight fevers too. To play things right, as is needed in the world right now, we were tested for the Coronavirus, and were found to be positive,” Hanks wrote on social media.”

“Well, now. What to do next? The Medical Officials have protocols that must be followed. We Hanks’ will be tested, observed, and isolated for as long as public health and safety requires. Not much more to it than a one-day-at-a-time approach, no? We’ll keep the world posted and updated! Take care of yourselves!”

That initial statement, which came on Wednesday night, was followed up with an update last night that also seemed to indicate that Hanks and his wife were in good spirits, as he quoted one of his most iconic roles in the process:

“Hello folks. Rita and I want to thank everyone here Down Under who are taking such good care of us. We have Covid-19 and are in isolation so we do not spread it to anyone else. There are those for whom it could lead to a very serious illness. We are taking it one-day-at-a-time. There are things we can all do to get through this by following the advice of experts and taking care of ourselves and each other, no? Remember, despite all the current events, there is no crying in baseball.”

Goddammit… WE LOVE YOU, TOM! 🗣️