Did Anyone Else Expect A Lot More From Tom Hanks’ Kitchen?

I’m not one to kitchen-shame. I lived in an apartment in Brooklyn for five years that had what is known as a “galley” kitchen. One of Google’s definitions for “galley” is: The kitchen in a ship or aircraft. I would happily have traded my kitchen for the kitchen on a JetBlue flight. It was fucking tiny and dismal. None of the drawers closed unless you hit them with a flying knee, the one light overhead seemed to eat bulbs once a month, and of course there was no dishwasher or microwave.

But that was the kitchen I could afford on my under-the-table tutoring salary. You can’t exactly install a viking 6-burner w/ hood using fifties and Amex gift cards. Well, maybe you could but I don’t know those kinds of people. My uncle lives in Vermont.

Celebrity net worth—which seems to have about as good of an idea of a celebrity’s net worth as a conversation between three 12-year-olds huffing turpentine—says that Tom is worth $350 million. That’s big boy money. That’s the sort of dough that should lend itself to a kitchen fit for cooking shows. Bobby Flay is in town but the set over at Studio B is occupied by Gwyneth and the goop squad? No problem, Tom Hanks lent us his kitchen. You know Tom Hanks, the guy who spent the right amount of money on his kitchen, given that he’s worth $350 million? 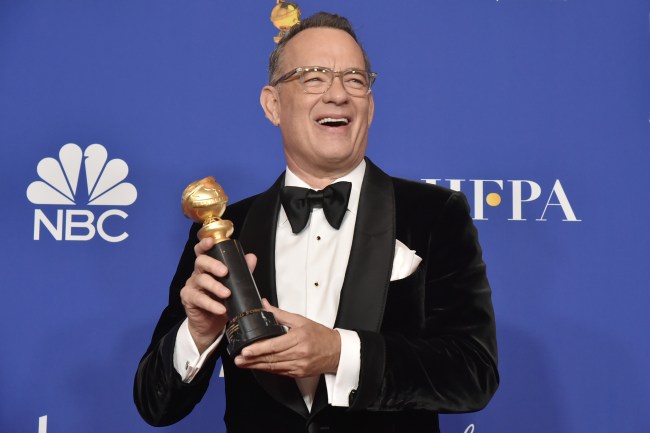 Instead, thanks to the SNL’s at-home episode on Saturday, the world was provided a peek into the culinary layout of our generation’s greatest actor. Disappointing would be an understatement. Sink? Tiny. Stove hood? Miniscule. Cabinet wood? Basic. Counter lamps? IKEA-esque. Coffee maker? Standard! The window into the living room is a nice touch but you know what would be a nicer touch? An entirely open layout. Good heavens, this is not a kitchen fit for Captain Miller. Maybe Chuck Noland, but he would have taken anything.

Now, it IS possible that this is NOT Tom and Rita’s primary residence. They may be camping out at their sixth home in Hawaii. If that’s the case, I say double shame! You’re buying six homes and you won’t even invest in a fully open kitchen? Those cabinets have less leg room than a United basic economy ticket. Where is the milk steamer, Tom? Where is the second dishwasher for dinner parties? And don’t even get me started on how low the ceilings are. Christ, it’s almost as though Tom Hanks is trying to leave his life savings to his children which, I think we can all agree, would be a bad idea.

Tom, if you’re reading this, first off I love you. Second, let me put you in touch with my mother. She’s aces at kitchen renovation. And thanks for all that you do.