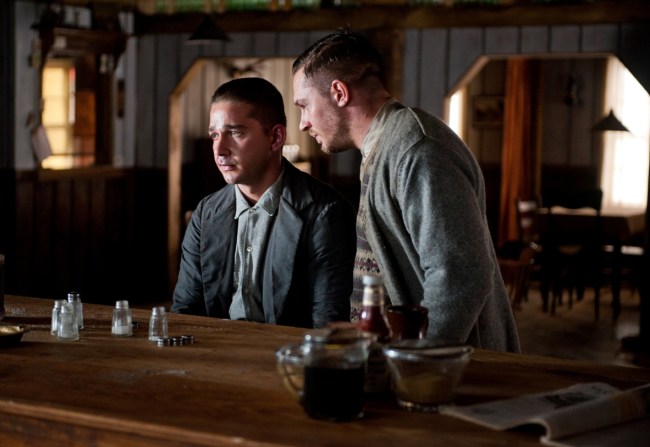 Shia LeBeouf has had a tumultuous life, including many brushes with the law, including arrests for public drunkenness, disorderly conduct, obstruction, and assault. The Hollywood actor has also had many altercations with fellow actors and directors, including getting into a fight with Tom Hardy on the set of a movie.

LeBeouf and Hardy were co-starring in Lawless, the 2012 film about the prohibition-era moonshine business, when things got violent. John Hillcoat, the director of Lawless, confirmed that Tom Hardy Shia LeBeouf on the movie set on a Reddit AMA from 2016.

A Redditor asked Hillcoat: “Is it true that Shia Laboeuf knocked out Tom Hardy on the Lawless set?” Hillcoat responded by saying: “No, that’s not true. But there was definitely a fight between them. It escalated to the point where they had to both be restrained. But I was very pleased to hear it didn’t go that way because I would hate to see the outcome.”

However, Esquire released a profile on LeBeouf this week, which boldly stated that Shia knocked out Hardy. “While filming Lawless, he drank moonshine by the gallon, carved a message from his character into the door of Mia Wasikowska’s hotel room, and knocked out Tom Hardy.”

The profile added that on the set of 2013’s Charlie Countryman, LaBeouf “dropped acid and choked the director when he tried to break for lunch.” During the Broadway production of Orphans, Shia criticized co-star Alec Baldwin for not prepping as much as he had. The criticism turned into open abuse and LeBeouf was fired. Shia later wrote an apology letter to Baldwin and publicized it on Twitter. People quickly picked up on the fact that “nearly every word had been plagiarized from an essay called ‘What Is a Man?’ written by Tom Chiarella and published in the pages of this magazine,” writes Esquire. Are you buying that Shia LeBeouf is even capable of knocking out Tom Hardy?