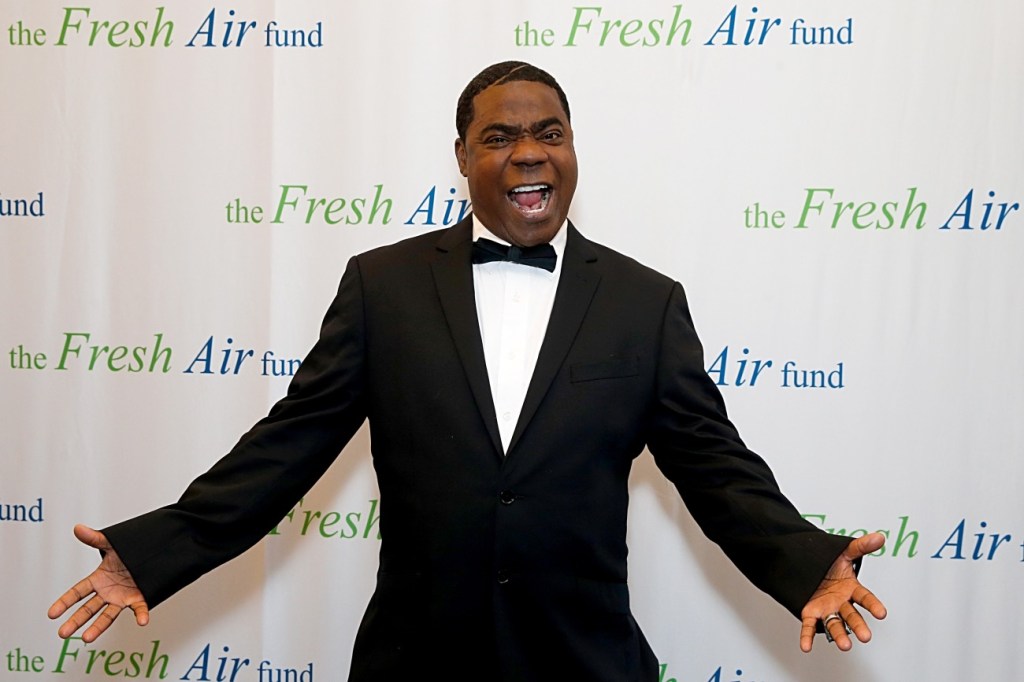 Tracy Morgan is the man. Always has been. He was a star on Saturday Night Live and perfectly cast as Tracy Jordan on Tina Fey’s 30 Rock, the TV show I’ve fallen asleep to every night for over a decade. It’s my white noise, it’s my comfort show. And Tracy Morgan is as integral to that show as any of the cast members.

One of the many elements that has led to Tracy’s stardom is his infectious personality. He is the type of person where when he walks into a room the lights seem to glow a little bit brighter. Basically, he’s the exact opposite of Colin Robinson the Energy Vampire from What We Do In The Shadows. I hope some of you out there get that reference…

Tracy Morgan was recently filmed signing his face off to U2’s ‘With Or Without You’ at the Tulsa airport while waiting for a flight. He didn’t know the camera was rolling. The dude was just vibing out and living his life, while probably acutely aware of the fact that many people were staring at him in the airport so he figured he’d at least give them something to stare at.

Here’s that same video on Twitter if it’s easier for you to watch there versus TikTok:

Tracy Morgan at Omaha airport singing With Or Without You to gate A5 pic.twitter.com/ugi6C5FU4E

Tracy fans can’t get enough of this video.

if you hear “with or without you” you’re compelled to sing it!!! BRAVO Tracy!!!

If they could bring back 30 Rock for one season that’d be greaaaaat.

I love this episode of 30 Rock

U2’s ‘With Or Without You’ came from their fifth studio album, The Joshua Tree (1987), and somehow I feel like it played on the radio nonstop for a decade. I was barely a toddler when came out and it feels like the early years of my life were just that song being played on loop nonstop whether it was TV, radio, or movies. That song went off like an atom bomb on the radio.

Seriously though, can we just get this show back on TV?

It was the best. And it holds up.