Couple Explain How They Made $30,000 Reselling Trader Joe’s Everything But The Bagel Seasoning 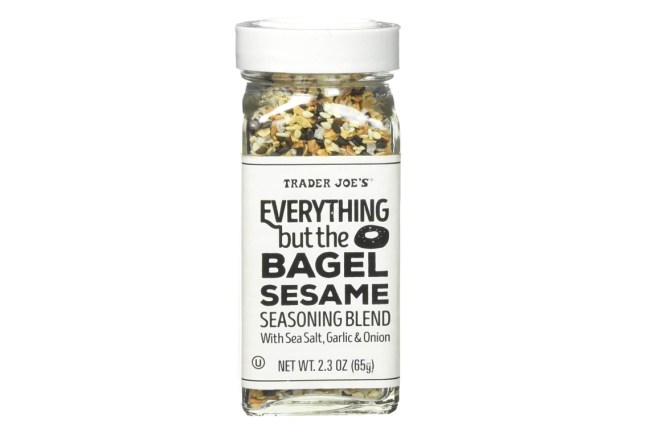 Everything but the Bagel seasoning is not only a delicious spice, but it is so versatile. Perfect to give food a little zing such as on hummus, popcorn, sandwiches, salads, avocadoes, sweet potato fries, or for seasoning chicken or fish. That’s why the spice from Trader Joe’s is so beloved by many. It is so popular right now that people are making good bank by selling the tasty spice on Amazon.

Their retail arbitrage hustle has them purchase the spice from Trader Joe’s for $1.99 and then they sell them on Amazon for a little over $6. After Amazon takes their cut, they make about 80 cents in profit for each unit sold. They sell approximately 100 units per day. They generally only purchase 71 containers of seasoning, which costs $141.29. They generally only buy that amount once a week as to not be “obnoxious” to the staff at Trader Joe’s.

They then wrap the items in packages that meet specific requirements that Amazon requires. They box them all up and send it to an Amazon warehouse. From there, Amazon handles all of the selling and shipping of the product.

“We’re trying to tell people anybody can do this. You can do it from your home, and you can make a pretty decent income just by walking into a store,” Juston tells MONEY. “I guarantee you’re walking past profit every single day.”

The Herberts also resell items from other brick-and-mortar retail stores such as Walmart, Lowe’s, Big Lots, HomeGoods, and more. They explain their methods on their YouTube channel Flipping Profits.

Trader Joe’s commented on their products being resold on Amazon. “Our products work the best when they’re sold as part of the overall customer experience within our stores. We do not authorize the reselling of our products and cannot stand behind the quality, safety or value of any Trader Joe’s product sold outside of our store.”

While we’re on the topic, if you can’t make it to Trader Joe’s and need to order Everything but the Bagel seasoning, you can order the official seasoning from Amazon where a 2.3-ounce container costs $6.27.

But I found that this Everything Bagel seasoning is just as tasty and way cheaper since it costs $12.99 for a 10-ounce container. It might be a little more oniony, but actually has less sodium. The ingredients are the same as Trader Joe’s: roasted black and white sesame seeds, sea salt, minced garlic, dried onion, and poppy seeds.