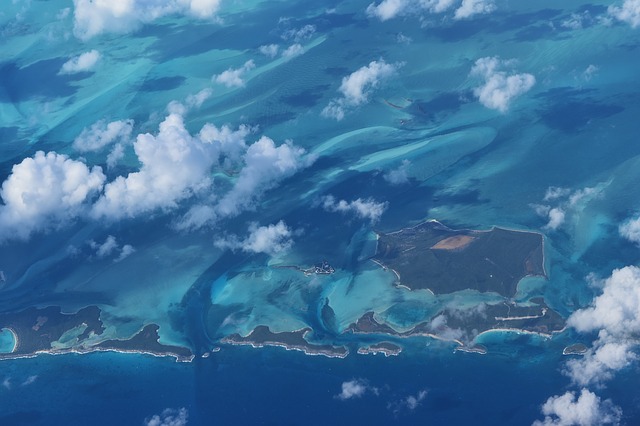 While we look towards the heavens to find UFOs, we might be looking in the completely wrong direction. A treasure hunter says there is possibly a sunken alien spaceship off the Florida coast and inside the mysterious Bermuda Triangle. To make things even more intriguing, the treasure hunter said that a NASA astronaut gave him a map to locate this underwater UFO.

Darrell Miklos, treasure hunter and host of the Discovery Channel television show Cooper’s Treasure, believes there is a massive extraterrestrial structure at the bottom of the Atlantic Ocean. The giant alien spacecraft is allegedly just off Florida’s east coast and at an undisclosed location near the Bahamas. To get even weirder, it’s located in the Bermuda Triangle that has long been rumored to have paranormal activity that has curiously downed aircraft and sea vessels for over 100 years.

Miklos was informed of the potential of alien spaceships being submerged under the Earth’s oceans by former NASA astronaut Gordon Cooper. He was one of the first pioneers in human space exploration and flew missions for the Mercury and Gemini space programs in the 1960s. Cooper was the first man to sleep in space.

Cooper believes that he saw a metallic, saucer-shaped disc flying over Germany in 1951 as well as over a secret U.S. air base.

“I believe that these extraterrestrial vehicles and their crews are visiting this planet from other planets, which are a little more technically advanced than we are on Earth,” Cooper told the United Nations in 1984. “I did have occasion in 1951 to have two days of observation of many flights of them, of different sizes, flying in fighter formation, generally from east to west over Europe.”

Sadly, Cooper died in 2004 at 77-years-old. But before he passed away, he provided Miklos with treasure maps of unusual objects that he saw from space as well as when flying missions for the United States Air Force. The Discovery TV show is about tracking down shipwrecks and other sunken treasure including UFOs.

RELATED: NASA Astronaut Says He Saw ‘Something Organic/Alien Like’ While On A Mission

“’It’s almost like there are five arms coming out of a steep wall cliff and each one of these is the size of a gun on a battleship. They’re enormous and then there’s five over here and five over there, 15 in total,” Miklos added. “There’s identical formations in three different areas and they don’t look nature made, they don’t look man-made, certainly nothing I’ve ever seen based on my experience and I have years of experience at doing this, we’ve identified multiple different types of shipwreck material, this doesn’t match or look anything like that.”

Miklos believes these are definitely not shipwrecks because they are too large and are “covered in thick coral which he believes are hundreds if not thousands of years old.” A thousand-year-old UFO with 300-foot arms buried underwater in the Bermuda Triangle that was discovered by a treasure map drawn up by a NASA astronaut. FUCK YES!

You can read the entire story and watch videos over at the Daily Mail.

RELATED: ‘What The F*ck Is That Thing?’: Video Released Of U.S. Navy Pilots Encountering A UFO In 2015