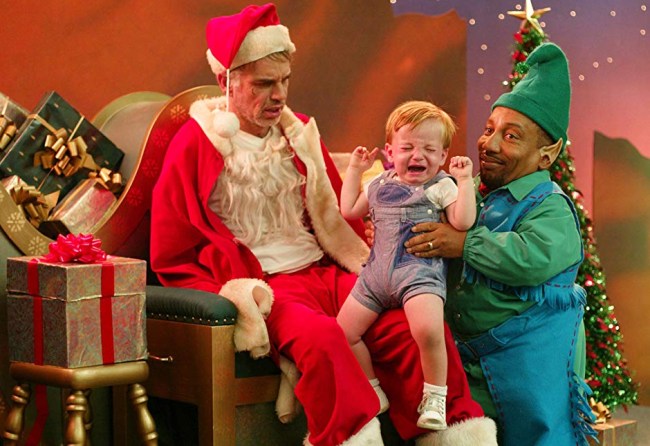 Most people remember when they learned Santa was a myth. I remember opening my mom’s jewelry box, God knows why, and finding letters I wrote to Santa a handful of Christmases before. I can’t remember my debit card when I leave a bar but I can remember this moment from two decades ago clear as day.

Why? Because it was a teaching moment, a coming of age experience, formative and profound. Of course I felt betrayed by my own parents but at least I didn’t betray my snot-nosed classmates by ruining a pure, magical childhood manifestation for them like some asshole who leaks Game of Thrones spoilers.

But, by 2020, there could be droves of children preemptively infecting their classmates with the truth because their parents are too weak to hurt their feelings.

Earlier this month, Dax Shepard and Kristen Bell told US Weekly that they refuse to lie to daughters Lincoln, 5, and Delta, 3 about anything. Including Santa. Shepard said:

“I have a fundamental rule that I will never lie to them, which is challenging at times. Our 5-year-old started asking questions like, ‘Well, this doesn’t make sense, and that doesn’t make sense.’I’m like, ‘You know what? This is just a fun thing we pretend while it’s Christmas.'”

That’s cute. Do you ask their opinion on the stock market? Let them drive the car? Make them change their own diapers? Yell out the punchline at comedy shows? And to think I actually liked them as a couple.

But apparently, Dax and Kristen are far from the only ones who rob their children of experiencing fully the magic of the holidays in favor of some misplaced sense of child entitlement.

Alexandra Fung, a Chicago-based mom of three who runs the parenting website Upparent, told the New York Post that she remembers feeling “shocked” and “betrayed” when she learned Santa was a myth at age 10.

“It’s disconcerting when people say something is real, and then it’s not real. I want to prioritize the truth [for my kids].”

Michelle, a 30-year-old mom in Portland, Oregon, said that she told her 3-year-old that Santa wasn’t real to avoid her feeling like he was picking favorites.

“It has always bothered me that we encourage children to believe in Santa Claus knowing that some of their parents simply can’t go all out,” says the digital marketer, who has told her 3-year-old that Santa is just pretend. “If all children believe in Santa and one kid gets a brand new iPad from ‘Santa’ and one child simply gets candy, what does that lead that child to believe?”

Megan Sedlacek, a 34-year-old mom of two, just doesn’t want to put in the laborious effort it takes to let a child believe Santa.

“I don’t have the time, money or energy to participate in what America’s expectation of Santa is.”

Were there always people like this or has the internet given them a platform? I’d love to be a fly on the wall when these kids ask their parents how babies are born.

I’m all for this: